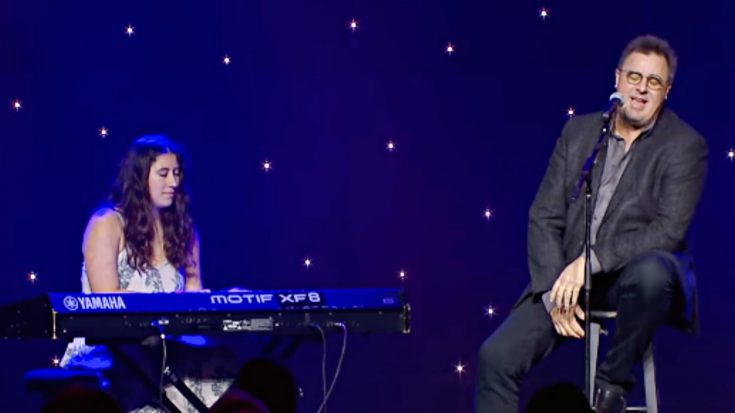 In celebration of Vince Gill’s latest Grammy win, the country artist shared a special performance with fans on social media.

On Sunday, Gill’s song “When My Amy Prays” won Best Country Solo Performance at the 2021 Grammy Awards. Following the victory, Gill reposted an emotional rendition of the piece on Facebook. In the video, Vince sang alongside his daughter, Corrina, who accompanied on the piano. Corrina, 20, held herself professionally as she played alongside her father, and the two ended the song joining hands for a bow.

In the post, Gill revealed that the Grammy win for “When My Amy Prays” was especially meaningful to him. The country star and Eagles band member also conveyed his gratitude to fans in the video’s caption. He wrote:

“No matter where someone is in their career, they just want to be heard. So I am very honored to have been chosen for this Grammy, particularly for this song.”

See the full performance in the video below.

Throughout Gill’s career, he has earned 22 Grammy wins and 47 nominations. For more on Gill’s incredible music career, check out the following video.