Reba Shares Photos Of Her & Rex The Day After CMA Awards 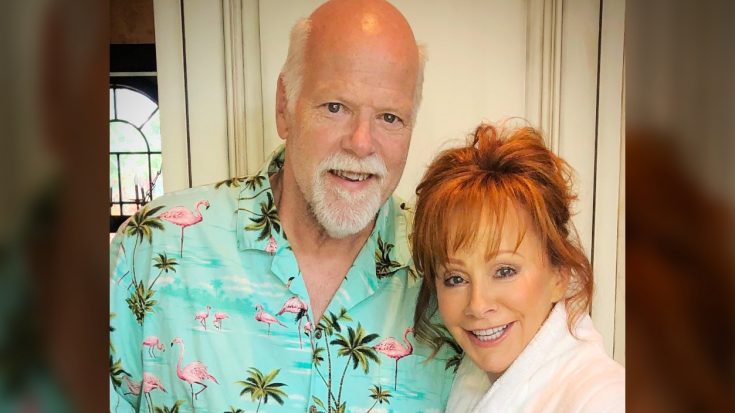 After successfully hosting the CMA Awards on Wednesday night, Reba McEntire celebrated by going home with the new man in her life, actor Rex Linn! The singer and co-host Darius Rucker took the stage at the Music City Center and delivered a hilarious monologue, which included ribbing Rex a little bit!

Reba confirmed her relationship with the actor on the October 5 episode of her podcast, Living & Learning, which is co-hosted by her fellow Reba star Melissa Peterman. Reba revealed that they first went to dinner in January and really hit it off. Rex even shared a photo from the dinner, writing, “Had a fantastic dinner with this Oklahoma girl. Tater Tots and Ketchup included.”

Since Reba’s October 5th reveal, it seems that the two have been inseparable, even giving each other the adorable nicknames Tater Tot and Sugar Tot. Together they are “The Tots.”

The day after the CMA Awards, Reba shared two photos of her and her Sugar Tot, one from the red carpet and one the day after enjoying coffee.

“From red carpet to coffee camp! Sugar and Tater Tot!” she captioned the post. So many fans who saw them together at the awards noticed how happy she looks and we’d have to agree!