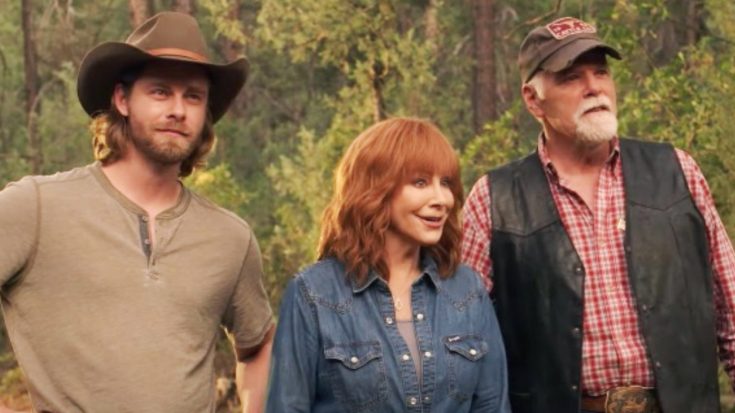 Reba McEntire and her boyfriend Rex Linn play Sunny and Buck Barnes in the third season of the ABC drama Big Sky. Sunny and Buck seem to be the antagonists of the season, and don’t appear to have the best of intentions.

Showrunner Elwood Reid told EW he wrote the character of Sunny with McEntire in mind. But knowing her “sweetheart” reputation, Reid wasn’t sure if McEntire would be willing to take on such a “dark” role:

“So I called her and pitched her the character,” Reid said. “We all have this image of Reba McEntire as being America’s sweetheart, country music star. I was very nervous about pitching her this character that goes into some dark places.“

Reid revealed it was actually Linn who persuaded McEntire to take the role:

“I was pitching her, and I heard this voice in the background, ‘Yes, hell yes, you’re doing this,’ and I saw Rex Linn, who’s also her boyfriend. He said, ‘I’ve been telling her she needs to do this for 10 years.’ And then Reba stopped and said, ‘Will you hire my boyfriend Rex?‘”

Reid said he knew Linn from Better Call Saul and lots of his other projects. So he was more than willing to cast him in Big Sky along with McEntire. “And I was like, ‘Well, alright, that’s two for one,‘” Reid said.

He went on to describe what McEntire’s character is like, saying:

“What’s going to be fun is seeing how far she’ll go to defend her family. So she’s got a little bit of an edge to her, and she’s got some darkness to her. But if you squint and you look through the lens of Big Sky, you can justify some of the stuff she’s going to be doing. It’s Reba; she has that smile and you can’t help but like her, even when she’s doing some pretty nasty things.”

Catch a sneak peek of McEntire and Linn in Big Sky by tuning in to the video below.