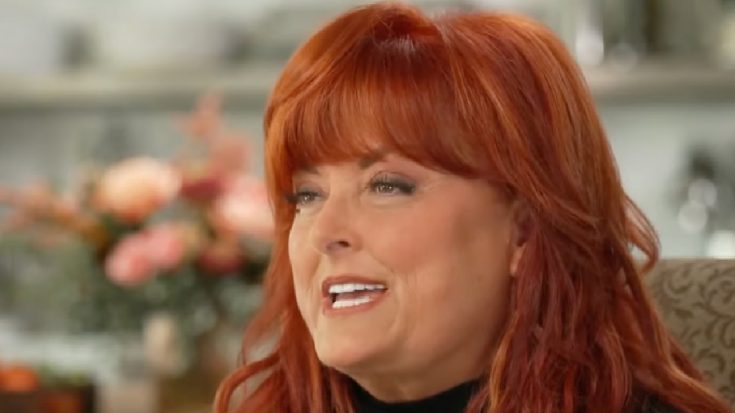 For the first time since Naomi Judd died, her daughter Wynonna is speaking out about their final moments together and how she is dealing with grief.

Naomi Judd died in April, one day before she was to be inducted into the Country Music Hall of Fame alongside her daughter, Wynonna. Shortly after her death, Judd’s youngest daughter, Ashley, revealed that her mom had taken her own life.

“Mom said to me, ‘Will you stay with me?’ And I said, ‘Of course I will,’” Ashley Judd told Diane Sawyer. A little while later, Ashley went outside to welcome a friend who had come to visit. “I went upstairs to let her know that the friend was there and I discovered her.”

“Mother used a firearm,” Judd said. “That’s the piece of information that we are very uncomfortable sharing, but understand that we’re in a position that…if we don’t say it, someone else is going to.”

Ashley and Wynonna issued a joint statement on social media following Naomi’s passing, but Wynonna has otherwise remained quiet in the months since.

In a new interview for CBS This Morning, Wynonna opened up for the first time since losing her mom and longtime duet partner.

A portion of the interview, that is scheduled to air in-full Sunday morning (September 25), shows Wynonna sharing that she wasn’t aware that her mom was “at the place she was at when she ended it.”

“She had had episodes before and she got better. That’s the challenge with mental illness. It’s really, really mysterious,” Wynonna said. “And that’s what I live in. It’s like…’Was there anything I should’ve looked for or should’ve known. I didn’t. That’s why it’s such a shock.”

Wynonna went on to share that people often misinterpret mental illness as a “character flaw.”

“They don’t know that it’s this incredibly dark and light experience. She had incredibly great days in the middle of the dark days,” Wynonna said of her mom. “That’s why it’s so confusing.”

Wynonna is gearing up to kick off The Judds: The Final Tour, a tour that was planned before Naomi’s death.

The “Why Not Me” singer announced that she was going to follow through with the planned tour in honor of her mom. On September 30, Wynonna will take the stage in Grand Rapids, Michigan, for the first night of the 11-city tour.

Wynonna recently told PEOPLE that she’s not sure if she’s ready for the tour, but knows it will be a healing time for her.