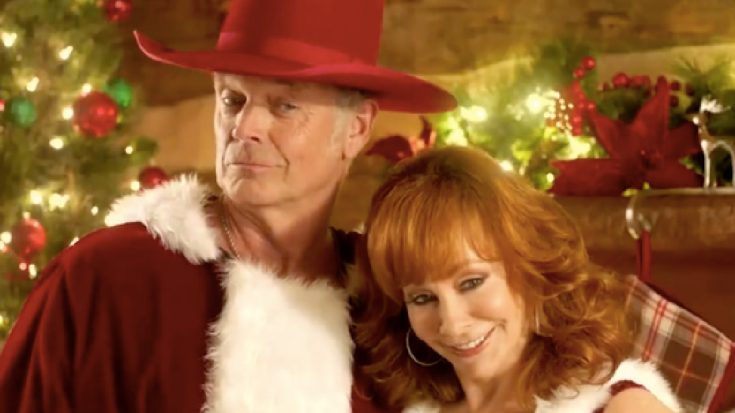 Merry almost-Christmas! The holiday movie season is nearly upon us and country superstar Reba McEntire will be making an appearance in one of this years’ made-for-television movies.

In a post made to social media, McEntire teased her new movie called Reba McEntire’s Christmas In Tune. The tease was part of a commercial by Lifetime that advertises the network’s schedule of Christmas films. Several clips of Reba’s movie show her starring alongside former “Dukes of Hazzard” star John Schneider.

Christmas In Tune filmed in Tennessee earlier this year, per a post made by McEntire in June on the last day of filming.

According to Lifetime, Christmas in Tune tells the story of a marketing executive, Belle, who is afraid she’s about to lose her job.

“She decides to reunite a singing duo for a charity Christmas concert, but the problem is — the singers are actually her parents and they have not spoken to each other in years! Soon the at-odds couple is helping Belle get her life in order and she begins her own romantic duet with the new man in her life.”

The network hasn’t announced an air date for the movie, but check out the preview in the clip below.