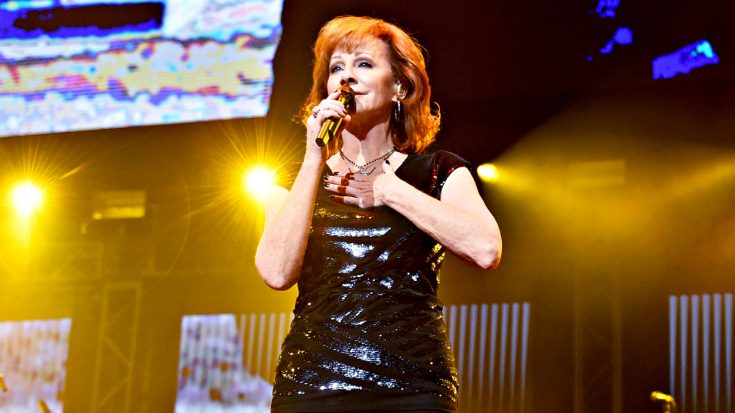 The moment was filled with pure emotion and her timeless vocals – both ringing out into the arena and settling deep in the souls of everyone watching.

It was almost indescribable, Reba McEntire delivering an iconic performance of her hit song, “I’m a Survivor,” at the benefit concert – bringing healing to the victims of the many recent tragedies that have struck our beloved nation.

From the hurricanes that devastated Texas, Florida, Puerto Rico, and the Caribbean, to the most deadly mass shooting in modern U.S. history, the tragedies that have occurred in recent months are staggering and nearly unbelievable.

Banding together to raise money and provide support and comfort to those affected by them, some of the biggest names in country music performed during an event aptly titled, Country Rising.

During this heart-rending moment, McEntire’s star performance of her 2001 chart-topper brought tears to many and filled the arena with seemingly endless waves of emotion as her voice rang out with each beautiful note.

The pure poetic theme of the song paired with the reason for bringing everyone together to support our fellow Americans in need was enough to earn this performance its own spot in the record books – and her still iconic voice took the whole song to the next level.

Watch Reba McEntire’s pristine performance of “I’m a Survivor” at the Country Rising benefit concert below.