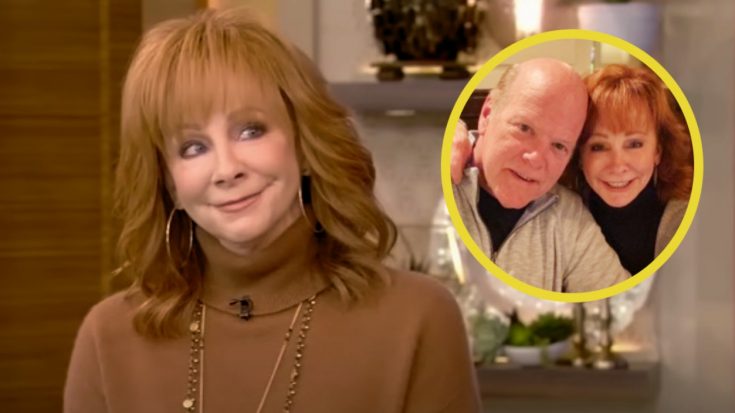 Reba McEntire began dating her boyfriend, actor Rex Linn, in 2020. The two of them actually met on the set of the movie The Gambler Returns: The Luck of the Draw in 1991 and kept in touch over the years.

McEntire was married to her second husband, Narvel Blackstock, when she filmed The Gambler Returns. Their marriage ended in 2015. McEntire went on to date Anthony “Skeeter” Lasuzzo from 2017-2019.

Linn and McEntire joined some friends for dinner in January 2020 after she flew out to California to film Young Sheldon. That’s when sparks flew.

“Had a fantastic dinner with this Oklahoma girl. Tater Tots and Ketchup included,” Linn captioned a photo from their outing.

But because of everything going on in the world at the time, McEntire and Linn’s relationship had to be long distance for several months. Once they finally got the chance to see each other in person again, they became inseparable.

McEntire brought Linn to the CMA Awards that year as her date.

The couple has worked together on multiple occasions now. They filmed a Lifetime movie called The Hammer which is set for release in 2023. On top of that, they play married couple Sunny and Buck Barnes in the third season of the ABC drama series Big Sky.

While visiting Live With Kelly and Ryan to talk about her role in Big Sky, McEntire also gushed about the moment when she started falling in love with Linn. She mentioned that dinner from January 2020.

McEntire said her manager, Marne McLyman, dropped her off at the restaurant’s valet. She found herself rushing inside to see Linn:

When the server said they had tater tots on the menu, McEntire was thrilled. That prompted Linn to give her the nickname “tater tot,” and now she calls him “sugar tot.”

Food remained a staple part of the couple’s relationship in those early days when they couldn’t be together. McEntire recalled how Linn would send her tons of tasty food, including “McConnell’s ice cream. Perini’s steaks, and all kinds of beef from south Texas” as well as lobster and pecan pie. No wonder why McEntire fell in love with him!

Head below to watch McEntire speak more about her relationship with Linn. They make the cutest couple!