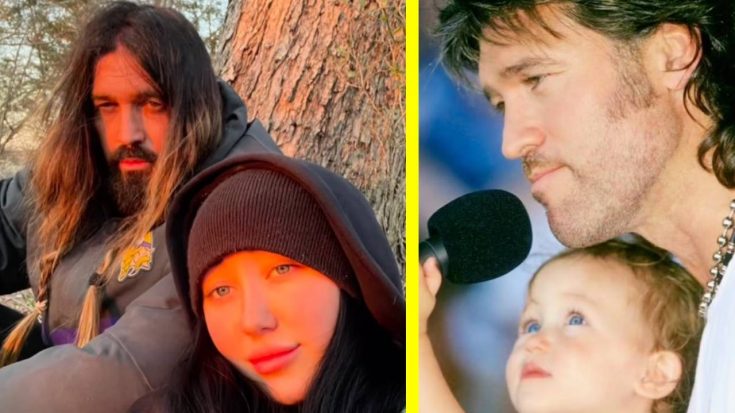 During her appearance on The Kelly Clarkson Show, Noah Cyrus revealed that in December she will hit two years in her recovery from her Xanax addiction.

Noah, who is the youngest child of country singer Billy Ray Cyrus, was on the show to promote her debut album, The Hardest Part, which she says touches on some really emotional moments in her life. Noah explained that her addiction was happening at the same time she was very much in love, which created a “toxic” environment. The pandemic, along with the isolation we were all put into, also didn’t help her addiction.

“This album without a doubt saved my life,” she said.

The first single off of the album is called “Noah (Stand Still)” and it is a duet with her father. It is based on some advice he gave her during a very dark time.

Noah went to visit her dad in Nashville in the summer of 2020, which was “a couple of months before I really committed to recovery,” she says.

“He had me take my shoes off and put my feet in the grass, and really get connected to home. He said, ‘Noey, just stand still, breathe in the air. Just stand still and get connected back to who you really are — none of the rest of this matters. Like, let’s just be here, me and you.’ And we had such an amazing moment that I hadn’t had in such a long time,” she said.

Once you listen to “Noah (Stand Still),” you will realize just how much she needed that advice her dad gave her. The song’s lyrics open with, “When I turned 20 I was overcome with the thought that I might not turn 21. Death upon my doorstep if I took just one more step.”

After singing the chorus, which is Billy Ray’s advice, the “Some Gave All” singer sang his own verse before the father-daughter duo sang this part together:

“My grandfather told my father, it don’t get easier, just harder, yes it will. remember just stand still.”

What a powerful song with an even more powerful message. Take a listen to the single below.