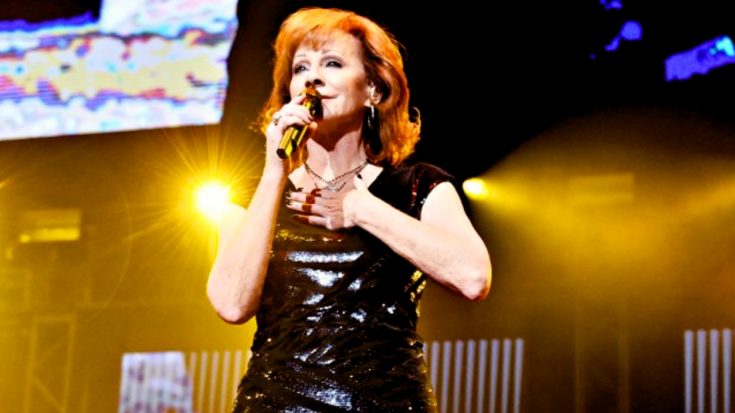 Reba Forced To Take A Step Back

The month of March was supposed to be an eventful one for Reba McEntire. On top of preparing to host the ACM Awards in April, she was also gearing up for the release of her new album, Stronger Than the Truth, which debuts on April 5.

She also had a show on the books for March 9 at the Parx Casino in Pennsylvania, and was set to host the Country Music Hall of Fame’s inductee announcement ceremony on March 18.

Join us this Monday at 10 AM|CT as we announce the 2019 Country Music Hall of Fame inductees LIVE on YouTube! Link in bio to subscribe.

But Reba was forced to scale back her responsibilities and even had to cancel her planned her appearances over the course of two weeks. The first announcement came on March 8, when Reba revealed she had to postpone her Parx Casino show because she was dealing with what she believed to be laryngitis.

Then, on March 15, a day before the rescheduled show was set to take place, Reba took to social media yet again to reveal that she would have to cancel the concert. It turns out that her illness was worse than she thought.

As she revealed, she was not suffering from laryngitis as she first believed, but rather, was fighting a strep infection.

A note about tomorrow night’s show at @parxcasino…

Since that announcement came just days before Reba was supposed to host the HOF’s inductee announcement, fans started to wonder if she’d be able to attend. No word ever came down from Reba or her team, and the HOF was still promoting her as host on its Facebook page.

But eventually, one official HOF graphic listed Opry host and radio DJ Bill Cody as the new host of the inductee announcement day. It wasn’t until the day of the event that official confirmation came in that Bill would be replacing Reba since she was too sick to attend.

Tomorrow at 10 AM|CT, we're announcing the 2019 Country Music Hall of Fame inductees LIVE on YouTube. Be the first to find out who will receive Country Music's highest honor! ✨ #HonorThyMusic @CountryMusicHOF https://t.co/Rfk0l2Ugkn pic.twitter.com/ayQd3NIRbP

Not much was heard from Reba after that, leaving many to wonder how the country star was doing.

Finally, on Friday (March 22), she made her first public appearance in weeks when she stepped out to appear as a special guest on The Bobby Bones Show.

This is not a drill. Look who's here!! @reba is in the studio already making all of us laugh!⁣

Looking beautiful as ever, Reba walked in for her interview to the applause of Bobby Bones and his staff. He asked her how she had been doing lately, and Reba enthusiastically responded that she was “doing great!”

Based on how chipper she was during her 20-minute interview, you’d never know that she had been fighting a strep infection for the past two weeks!

You can watch Reba’s full interview with Bobby by tuning in to the video below. She talks about all sorts of topics, especially the new music on her upcoming album, Stronger Than the Truth.

We’re so happy to see that Reba is out and about again, and hope she continues to feel better!