Reba Calls Her Song “Freedom” An “Anthem She Loves” 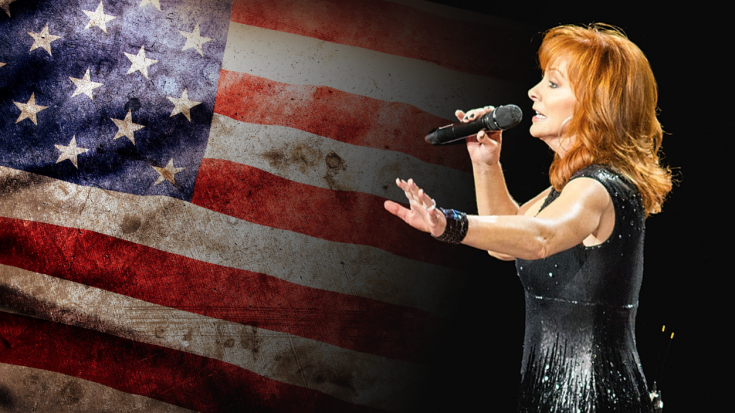 Dropping smash hits on the radio waves has never been a hard thing for country’s favorite redhead – and she’s still doing it today. If you haven’t heard one of her newest songs on your favorite station yet, you can take a listen now.

Reba McEntire had canceled a couple of concerts in the early months of 2019 after getting a really bad case of strep throat, but she sat down with Bobby Bones on Friday, March 22nd, 2019 and talked a bit about her new smash anthem from her album, Stronger Than The Truth.

This is not a drill. Look who's here!! @reba is in the studio already making all of us laugh!⁣

The album, which came out on Friday, April 5th, 2019, has been described by Reba herself as “the most country record” she’s put out in a long time.

Her last studio album was a two-part gospel album that she’d been dreaming of doing her whole life. But now, she’s back to her country roots and this song is a rocking new anthem you won’t forget.

“I love this song,” Reba said to Bobby Bones about her new song “Freedom.”

Calling it an anthem, Reba explained that it might come across as a pure powerhouse tune about patriotism, but she points out that it’s more of a love song – and the lyrics make a subtle note of it.

The price of being free / It don’t come cheap…
That’s why people fight for it, rise for it / Burn up the night for it
Cry for it, pine for it / Cross rivers wide for it

Just a small part of this massive new album, “Freedom” is really one of her signature sure-to-be hits and folks over on YouTube already can’t get enough of it! Within just hours of it being uploaded, people had watched it thousands of times.

Go in the studio with Reba as she records her new single "Freedom" from the new album STRONGER THAN THE TRUTH, available in just two weeks! Listen to "Freedom" here now: https://t.co/wdEJI10dTu pic.twitter.com/f1VpMrjxkB

For this 63-year-old country music superstar, she had a lot going on beyond just promoting her new singles on radio shows! Just a couple weeks after this interview, she hosted the 2019 ACM Awards!

Check out Reba’s patriotic single “Freedom” below and let us know if you’ve already ordered your own copy of her album!