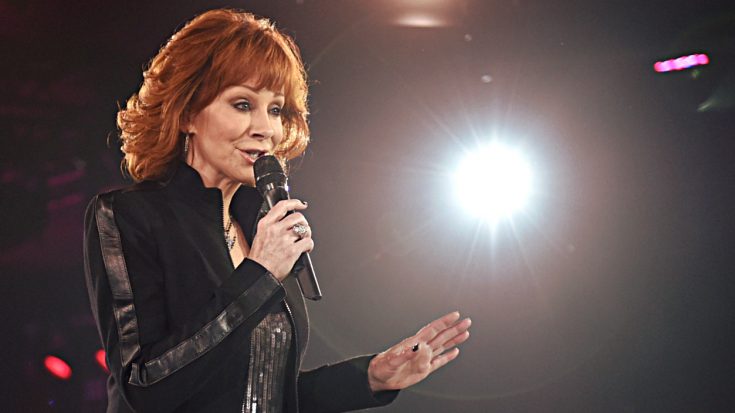 This year marks Reba McEntire‘s return as host of the ACM Awards. She has hosted the ceremony 14 times in the past, most recently in 2012 alongside Blake Shelton.

Although the 2018 ACM Awards aren’t until April, the planning has started. McEntire is on top of things as host, because she already has her wardrobe planned out:

“I’ve gotten six [outfits] ready to go, one for the red carpet, and then for the show, and then in case something doesn’t work or malfunctions, you’ve got one, you know, ready to go again,” she said during an interview with Entertainment Tonight.

So far, McEntire has only been announced as a host, not a performer. But if she has it her way, she’d like to perform during the ceremony as well, and she’d like to sing a duet.

On top of all that, McEntire already knows exactly who she’d like to perform her ACM Awards duet with. Once you hear who that person is, y’all are gonna be left wishing that the duet actually happens!

So who would McEntire like to sing with during the ACM Awards? Well, none other than another one of country music’s leading female artists…Dolly Parton!

During her interview with Entertainment Tonight, McEntire revealed that she’d like to approach Parton about singing a duet during the ACM Awards. We hope she follows through with her plan, because we bet Parton would be happy to sing with her!

The two have shared the stage many times and have been longtime friends. When McEntire celebrated the 40th anniversary of her Opry debut, Parton was on hand to surprise her. The touching moment was filmed by the Opry, and we have it to share with you below.

Seriously, can you imagine anything more epic than McEntire and Parton singing together at the ACM Awards? If that happens, it will be a highlight of the show!