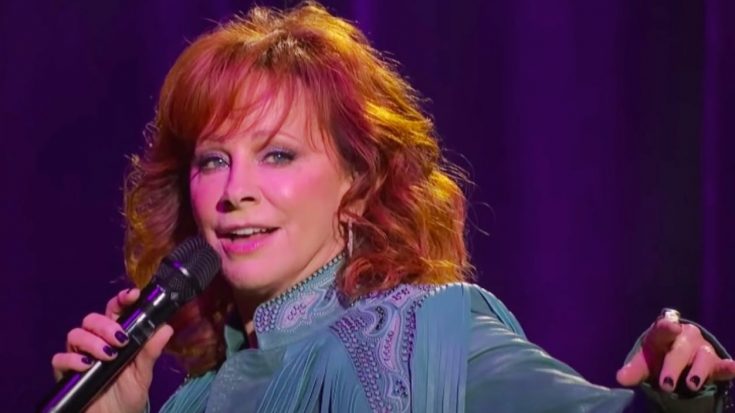 Over the course of three days, artists of all genres joined forces to benefit a worthy cause. Several members of the country music community were involved, including one of its most iconic artists.

From October 16-October 18, YouTube and the National Independent Venue Association (NIVA) held a fundraising festival called the Save Our Stages Fest. The purpose of the festival was to raise funds for independent music venues in the U.S., such as Nashville’s Ryman Auditorium.

As a way of highlighting these independent venues, the Save Our Stages Fest was held at various locations across the country:

“A lot of people, I think, have kind of equated NIVA with the quote-unquote small club scene,” NIVA treasurer Stephen Sternschein told Pollstar. “The smallest rooms, the most intimate settings…but our membership is much broader than that…from a tiny place like Cain’s to a giant place like the Apollo Theater or the Ryman. It was important to us from a narrative perspective to tell a story that was as inclusive and diverse as our membership.”

Small stages make a big impact. Due to the pandemic, 90% of independent venues are at risk of shutting down permanently. NIVA partnered with @YouTubeMusic for #SOSFEST, Oct 16-18, feat. original performances by musicians at iconic indie stages in the US. https://t.co/CMWwNkQz62

Some of the artists who participated in the three-day festival were Miley Cyrus, Leon Bridges, and Demi Lovato. From the country music realm, representatives included Kelsea Ballerini, Brothers Osborne, Little Big Town, and Country Music Hall of Famer Reba McEntire.

McEntire delivered her performance from the Ryman Auditorium on Sunday (October 18).

My entire team says a big thank you for tuning into #sosfest tonight! We hope you enjoyed the show and that you’ll consider making a donation to help #saveourstages. And thank you to everyone at @theryman , @nivassoc and @YouTube! pic.twitter.com/9yhHHOqZ4V

Fans who tuned in to watch McEntire sing during the festival were treated to a performance of her unforgettable song, “Fancy.” The track was actually written and first released by Bobbie Gentry in 1969, but is was McEntire who turned it into a phenomenon.

McEntire’s version of the song was released in 1991 and peaked at the eighth spot on the charts. It remains a standout part of her shows to this day, making it the perfect song for her to perform during the Save Our Stages Fest.

A week after the festival, McEntire shared a video of her performance on her official YouTube channel. So if you missed the festival when it was going on, you can watch McEntire sing below!

Thanks to McEntire and the other artists who participated, the Save Our Stages Fest was a huge success. According to Variety, the festival raised over $1.8 million.

That money is going to help so many independent venues!