Rascal Flatts Member Speaks Up About Their Retirement 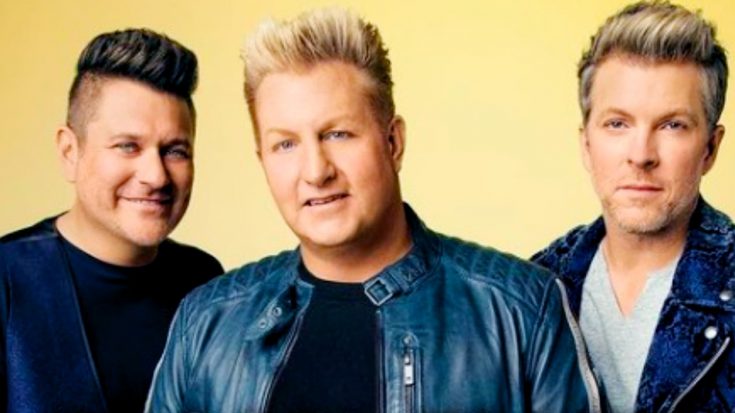 In January 2020, country music trio Rascal Flatts shattered fans’ hearts when they announced they were retiring. The members cited a need for a “break” as the reason why they chose to retire at that time.

Upon making this announcement, Rascal Flatts unveiled their plans for a Farewell Tour, which included 36 shows. The Farewell Tour was scheduled to start on June 11, 2020 in Indianapolis, IN, and was supposed to end on October 30, 2020 in Nashville, TN.

But as we all know, the world was thrown into a tailspin not long after Rascal Flatts made their announcement. Country artists were forced to postpone their tours into 2021.

Rascal Flatts initially postponed all June dates of their tour in the hopes they’d be able to get back on the road at the end of the summer. But when they realized that wouldn’t be possible, they made the decision to cancel the entire trek:

“Flattheads, after a lot of difficult conversations that we never thought we would be having, we have decided that in the interest of the safety of everyone involved we will not be moving forward with our Farewell Tour,” the band said in a statement on social media.

The group quietly entered their retirement after that, and its members began working on their own projects. They were supposed to reunite and perform at the CMA Awards in November 2020, but had to drop out.

Now, nearly a year after Rascal Flatts canceled their Farewell Tour, they still feel terrible they never got to give their fans a proper goodbye. As member Jay DeMarcus recently told Taste of Country Nights:

Because of this, DeMarcus has reconsidered his future plans:

So does this mean DeMarcus and the other members of Rascal Flatts are coming out of retirement? He didn’t give a yes or no answer, but did say the group “may” start performing again:

“I think all of us are at this place right now to where it might not even be a farewell tour — who knows?” he said. “We may feel compelled enough to go back out and do the music…I’m just speaking theoretically, but [we might consider doing] 10, 15 shows a year, enjoy our Rascal Flatts music along with the other things we have going on in our lives.“

That sure makes it sound like we’ll be seeing more Rascal Flatts performances in the future! We’ll be waiting to hear any official announcement from the band.

What do y’all think of what DeMarcus had to say? We’re sure his words excited more than a few fans!