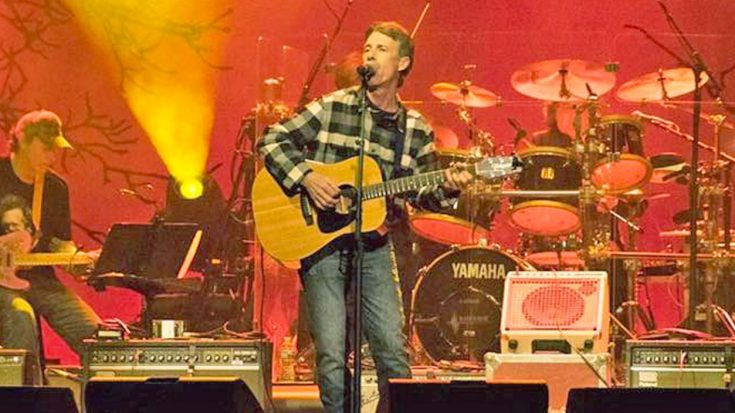 In 2013, country legend Randy Travis suffered a debilitating stroke. Since then, he’s been hard at work with his rehab to be able to walk, talk, and, hopefully one day, sing again. He has made several appearances and even sang the final “Amen” in his song “Forever and Ever, Amen” at the CMA Awards in 2016.

Although at this point, Travis is unable to sing a full song, country fans can hear the next best thing – his brother Ricky Traywick, who sounds very similar! Traywick has recently garnered some attention online by posting covers of his famous brother’s hit songs.

Charlotte radio station 96.9 The Kat hosted a “Ones To Watch” night for up and coming country stars at Coyote Joe’s at the end of March 2018. The performers included Michael Ray, Jimmie Allen, Jillian Jacqueline, Mitchell Tenpenny, and Trent Harmon.

During Ray’s set, he played “Forever And Ever, Amen” before inviting Traywick to the stage for the unknowing concertgoers.

They told the story of how they met, which was at the rehearsals for the Randy Travis tribute concert last year. Traywick said he was going to perform a song he wanted to do that night, but Alison Krauss did it instead!

He then sang “Deeper Than The Holler” and even invited the crowd to sing along with him. It’s almost eerie hearing Traywick sing his brother’s song because he sounds so much like him.

So happy for this moment and for my dad to be part of such a special night! Thank you Michael Ray for including dad in on your special night.