Randy Houser Covers Kenny Rogers’ “Love Will Turn You Around” 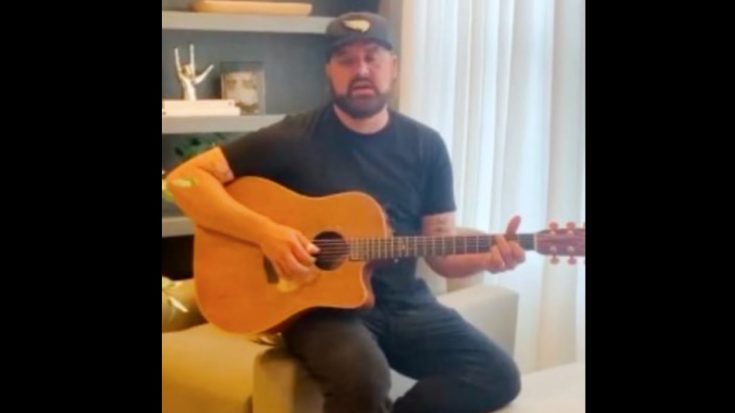 The country music community was devastated to learn that Kenny Rogers passed away on March 20, 2020 at the age of 81. Artists rushed to social media to pay tribute to the man known as “The Gambler,” a nickname he earned thanks to his popular song of the same name.

One artist who mourned Rogers’ death was Randy Houser.

Houser responded to the news of Rogers’ passing by picking up a guitar and sharing his music. He performed a powerful rendition of “The Gambler,” and shared his performance with his fans on social media.

A few days later, Houser felt compelled to offer up another tribute to Rogers.

Houser revealed he had just finished recording his own take on Rogers’ 1982 single “Love Will Turn You Around.” Since many people are self-isolating in the midst of the COVID-19 pandemic, Houser had some free time on his hands to record the song in his home studio.

Houser said his recording is meant to serve as a tribute to Rogers:

“Kenny Rogers was a huge influence on me as a singer and artist,” Houser wrote on Instagram. “When I heard he passed, I was hurt like many others.  Since I have been home I went downstairs into my studio and decided I would do something to hopefully honor him.”

Check out the official audio for Houser’s tribute recording of “Love Will Turn You Around” below. We’re sure Rogers would be proud.