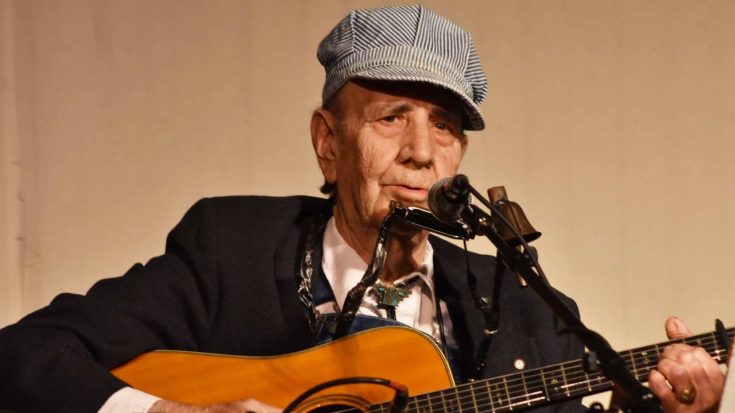 A beloved country singer who has 23 albums to his name has passed away. Tennessee Folklore Society confirmed his passing in a Facebook post, writing, “We are sad to mark the passing of singer and painter Roy Harper of Manchester at age 96. Roy was an admired interpreter of early country and sentimental songs and a self-taught artist known for his paintings of trains.”

The Facebook page included a photo of Harper performing, a photo of one of his paintings, and a screenshot of a bio from when he was given the Folklife Heritage Award.

Harper was a singer who is described as devoting his life to “preserving country songs of the past.” He was inspired by Jimmie Rodgers’ song “The Singing Brakeman” and left home to work on the railroad.

According to PopCulture Country, “Harper’s prolific recording career began in the ’60s when ‘he began recording his huge repertory of both ‘blue yodels’ and sentimental songs. It was also during this time that Harper made a reputation for himself as a self-taught painter of railroad scenes.”

He was beloved among the traditional country music scene, even being inducted into the Traditional Country Music Hall Of Fame. Harper has also performed at countless festivals including the Jimmie Rodgers Memorial Festival.

Our thoughts and prayers are with his family!