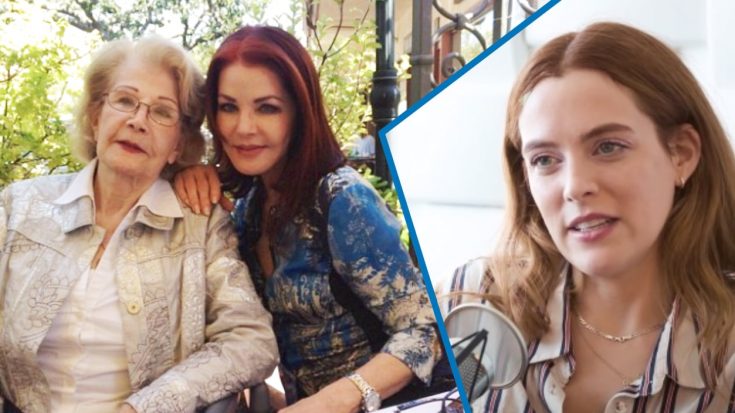 Priscilla Presley and her family are in mourning following the death of her mother, Ann.

It was Priscilla who broke the news of her mother’s passing through a post she made on social media. “I am heartbroken,” she wrote next to a photo of her mom smiling behind a basket of flowers. “My beautiful mother passed today. She was the light of our lives.”

Ann celebrated her 95th birthday in March. Priscilla said her mother was a woman who “never wanted any attention on herself” and was deeply devoted to her kids.

“May you Rest In Peace mom,” Priscilla said. “You will always be with us.”

Priscilla received lots of support and condolences from her followers. Her granddaughter, actress Riley Keough, also commented on her post. She wrote “love you” along with a bunch of red heart emojis.

Riley posted her own tribute to Ann (who was her great-grandmother) on her Instagram page. She shared an old photo of Ann, Priscilla, and Priscilla’s stepfather Paul Beaulieu.

Priscilla’s biological father James Wagner died when she was only six months old. So when Paul married Ann a few years later, he adopted Priscilla and raised her as his own. Paul died in 2018.

Next to the beautiful photo of her great-grandparents and grandma, Riley wrote, “We lost our beautiful Nana this morning. She was an incredible woman and mother. Rest In Peace nana.”

You can read Riley’s tribute to her great-grandma below. Even though her note was short, you can tell how heartbroken she is over her death.

Our thoughts and prayers go out to all of Ann’s loved ones during this difficult time.