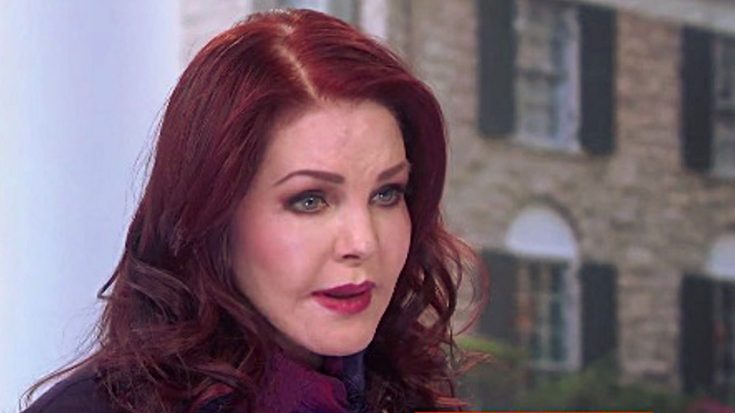 Time Goes By Without Elvis

If Elvis Presley was alive today, he would be in his 80s. That’s something crazy to imagine, since “The King” was only 42 when he passed away in 1977.

It’s hard to believe that much time has passed, isn’t it? Elvis’ ex-wife, Priscilla, feels the same way.

But as she told TODAY during an interview, it also doesn’t seem like it has been that long.

How Priscilla Keeps His Legacy Alive

Since Elvis’ death, Priscilla has devoted her life to maintaining his music and legacy. One way that she’s doing so is through her role as producer on the film Elvis Presley: The Searcher.

Speaking about the film, Priscilla said her work on such projects allows her to experience Elvis’ life all over again.

“I’m living it, really,” she said. “Especially in this footage in this film, it’s just been so heartwarming and quite emotional in every way.”

Already teary-eyed, Priscilla fought to hold back her tears when she was asked to share her memories of Elvis’ funeral.

What It Was Like On That Sad, Sad Day

She dove into an intimate account of that day, offering up a picture of what it was like:

“It was just too hard to believe, and you know, going out the gates in the limo and seeing the streets lined up on both sides all the way to the cemetery. It was…you’d see glimpses, you’d see people crying…fainting, and that’s how impactful it was. And still to this day people come around the same time, and they’re all there.“

As Priscilla said later in the interview, one of Elvis’ greatest fears was that he would be forgotten. It’s clear from the way fans reacted at his funeral that he would always be in their hearts…and he is.

Head below so you can watch Priscilla’s personal interview on TODAY, in which she talks more about Elvis’ great fear and the film, The Searcher.