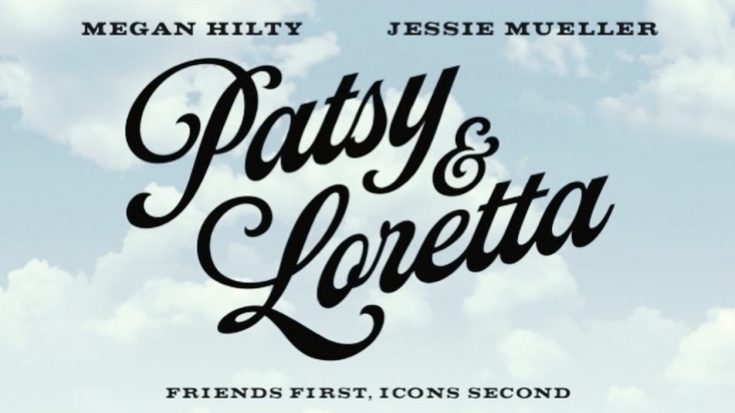 We were so excited when Lifetime announced they would be creating a movie that follows Loretta Lynn and Patsy Cline‘s legendary friendship.

Titled Patsy & Loretta, the storyline will unravel just how these two legends found their way to each other and all the greatness that came from their introduction. Broadway icons Megan Hilty (as Cline) and Jessie Mueller (as Lynn) will be portraying country music’s favorite ladies.

In April, Entertainment Weekly shared a sneak peek of Hilty and Mueller in costume and on stage at what looks like the historic Grand Ole Opry.

The Facebook page for Lynn’s ranch shared the article.

For all of yall who didn't know yet there is a new movie in the works 🙂 Here's a little teaser image just released.We…

Besides that first look, we didn’t know what else to expect – until now! Lifetime has released the movie poster, and it looks great! Hilty shared the poster to her Instagram, which features the country legends leaning against a car on an open road.

Neil Meron, the producer of the movie, revealed the movie will air on Lifetime this fall.

Hilty also revealed that they just saw the first trailer, and “It looks SO GOOD!!!!”

We can’t wait until October when the movie airs!