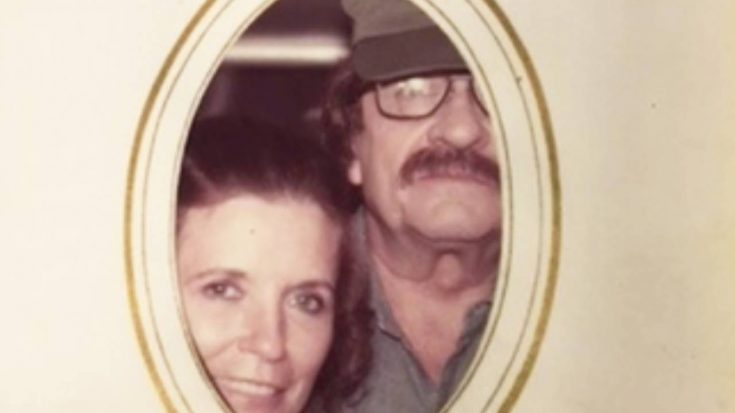 Whether it was for April Fool’s Day or not, this is an image we will likely never forget!

Johnny Cash is one of the most legendary singers to come from the country music genre. His voice was so recognizable by his baritone, gravelly sound and his appearance was just as iconic.

Nicknamed “The Man In Black” for often wearing all black, Cash had a signature look, which included a clean-shaven face.

Celebrating the life of the Man in Black, who was born on this day in 1932! ?

We’re sure during his down time he’d grow out a beard after not shaving for a couple days, but Cash was rarely ever seen with facial hair throughout his almost 60-year career.

#NowPlaying: Out Among The Stars ?

On April 1, 2020, the legend’s official Instagram account shared a photo that we have never seen before, and as huge Cash fans, that’s rare!

It was a photo of Cash and his wife, June Carter Cash, and the “Folsom Prison Blues” singer was sporting a thick mustache, glasses, and a hat.

The picture looked as though it was in a small, paper frame and had some writing around it that said, “The only thing worse than a mustache is a fake mustache.”

We aren’t sure if this was actually a fake mustache or not, when the picture was taken, or even what it was for, but we certainly love to see this side of Cash!

The caption used was “Happy #AprilFoolsDay,” so it makes us think it was fake.

This is actually not the only time Cash has sported a mustache. For the music video of his 1987 version of Tennessee Ernie Ford’s song “Sixteen Tons,” which he included on his Johnny Cash Is Coming to Town album, The Man In Black sported a new look.

Watch that music video below.