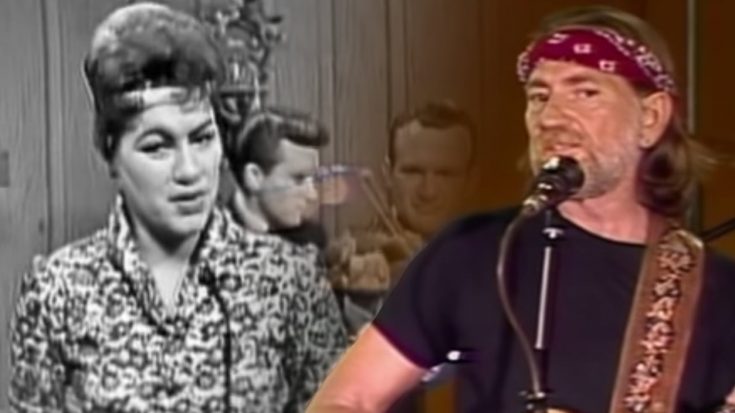 The beloved country singer Pasty Cline was admired for her vocal talent and tenacious personality. Known for songs such as “Crazy,” “I Fall to Pieces,” and “She’s Got You,” Cline was one of the most popular artists of her era.

The singer became a household name and fan-favorite, making her tragic and untimely death in 1963 a source of grief for not just her friends and family, but countless fans.

“Crazy,” which is perhaps Cline’s most well-known work, was written by someone who would go on to become a country music legend himself…Willie Nelson.

Even though Nelson shared that tie to Cline, the two never got the chance to record anything together.

However, Cline’s spirit and remarkable talent has been brought back to fans through the magic of today’s technology. This technology finally gave Nelson the chance to sing a duet with Cline, even though decades had passed since she died.

The voices of the two singers were mixed together to create a duet on the gospel classic, “Just A Walk Closer With Thee.”

Nelson and Cline’s compiled performances result in a stunning sound. It’s something you absolutely have to listen to, and you can in the clip below.

It’s too bad that Nelson and Cline never got the chance to record a duet in real life, but this virtual duet is definitely the next best thing. Technology is amazing, isn’t it?