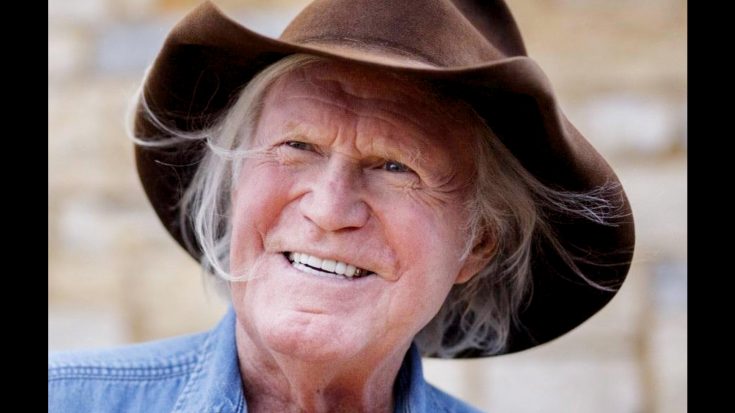 One of the best-known outlaw singer/songwriters of all time, Billy Joe Shaver, has died after suffering a massive stroke in Waco, Texas.

Shaver, who was a pioneer in the Outlaw music revolution, is known for his work on hits like “Honky Tonk Heroes,” “Live Forever,” and “Georgia on a Fast Train” among many more. He is also responsible for almost all of the tracks on Waylon Jennings 1973 album Honky Tonk Heroes.

Thanks for being you Billy Joe Shaver. Live Forever. pic.twitter.com/P7UrPruTYM

In his personal life, Shaver experienced quite the rollercoaster of events over his 81 years that included suffering a heart attack on stage at Gruene Hall, married the same woman three different times, and he was acquitted after shooting a man in the face with a handgun in 2007 outside a bar in Lorena, Texas.

Willie Nelson once referred to Shaver as “the greatest living songwriter” and, true to that statement, his legacy of musical hits and collaborations have continued to serve as inspiration and influence to songwriters for almost half a century.

According to SiriusXM, a family emergency contact said that Shaver died at Ascension Providence Hospital in Waco, Texas after suffering a massive stroke. He was 81 years old.

Join us in honoring Billy Joe Shaver’s memory by watching him perform one of his biggest hits, “Georgia on a Fast Train” with his son Eddy on guitar (Eddie preceded him in death).