One And Only Hank Jr. Shakes Things Up With Explosive Medley Of Hits 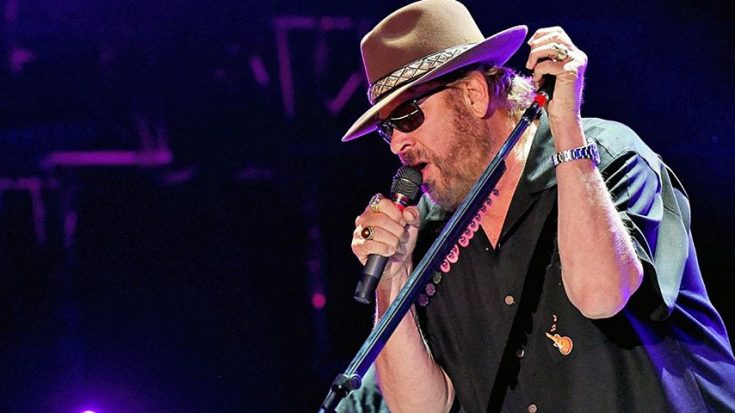 Anytime Hank Williams Jr. is performing, you’re sure to get two things: great music and a healthy dose of unforgettable fun.

The consistent country hitmaker performed to a standing-room-only crowd of more than 70,000 fans at the 2017 NRA Convention in Atlanta, bantering with the audience, treating them like the great folks they are.

Hank kicked out a rollicking medley of hits including “Outlaw Women,” “Dinosaur,” “Tear In My Beer,” and “All My Rowdy Friends (Have Settled Down)” along with some other memorable tunes, during his appearance at the Georgia World Congress Center.

The highly-engaged crowd knew they were in good company. They came prepared to cheer on the Grammy, ACM, CMA and Emmy-winning country legend, who in addition to being a multi-Platinum awardee, is an NRA Life Member and outdoor enthusiast. Williams didn’t disappoint.

“Y’all know what happened to me?” Williams teased the crowd. “Something terrible happened to me worse than [falling] 500 feet down the Montana-Idaho border of mountain sides.”

He’s Got A Real Problem

Then Hank Jr. shared the real problem, “All my Rowdy friends have settled down…most of my REAL rowdy friends, they’ve been called home.”

He also gave a shout-out to the Country Music Hall of Fame.  “Go to that Hall of Fame,” Williams urged the listeners. “You’ll learn a whole bunch of stuff like June Carter Cash is my godmother.”  With that tidbit of information, he broke into the timeless tune, “I Walk The Line.”

Hank Williams, Jr. boasts an extremely impressive resume. Seventy million albums bearing his name have sold worldwide. He has six Platinum albums, 20 Gold albums, 13 No. 1 albums and 10 No. 1 singles. Hank Jr. has been named ACM Entertainer of the Year, CMA Entertainer of the Year and BMI Icon in addition to winning a GRAMMY and being inducted into the Nashville Songwriters Hall of Fame.

What is your favorite Hank Jr. song? What do you think of this medley? Share your thoughts below.