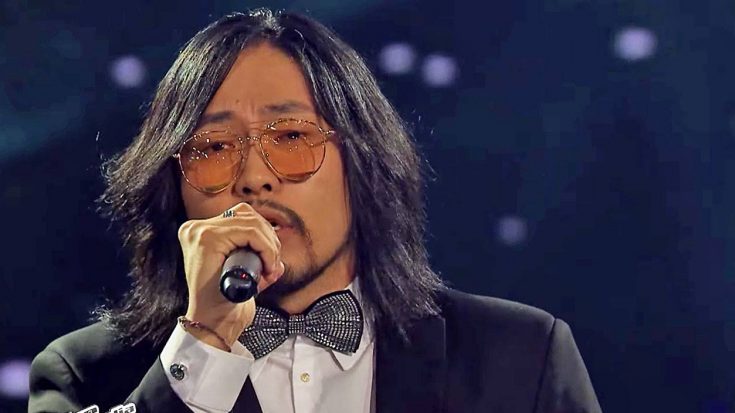 As a Kenny Rogers fan, have you ever looked at a person and then mentally ran through the Kenny song they’re about sing, wondering if they can even begin to do it justice?

You Have To Be Curious

Imagine being in Mongolia, a landlocked country that lies between China and Russia, and hearing that a guy is going to sing “Lady” during a Knockout round on the popular show, The Voice of Mongolia. Admit it, you have to be curious.

Now that you’re determined to judge for yourself whether the guy made Kenny Rogers proud, pull up a seat. Get prepared to be amazed at what Bayarmandakh, a contestant on the show, does to this 1980 hit written by Lionel Richie and catapulted to the top of the hit chart by Kenny. “Lady” ranks among Rogers’ biggest hits and eventually became the biggest selling hit single for him as a solo artist.

But, back to the singer in Mongolia…first of all, give Bayarmandakh credit for the lush string accompaniment to support the simple melody of the tune. We think Kenny would give this a big thumbs up. Now, let’s see if he can match the sincerity, the gentleness and roughness, all at once, that Kenny can conjure up while performing.

Cue the music and start the singing. Listen to this young man’s vocal range. Bayarmandakh goes from gently caressing the words of the song to almost a guttural utterance in his deep, rich voice. Emotion hangs onto every word that slips from his lips as he pays homage to “The Gambler.”

Your Turn To Judge

He may not be the real thing, but give this guy credit. This isn’t an easy song to sing. And, he knew…somewhere, somehow, there would be Kenny Rogers fans judging his every note. And, yes, folks, here we are…

What did you think of the Mongolian’s performance of “Lady?” What would Kenny think? You’re the judge today. Does this guy go on to the final round?