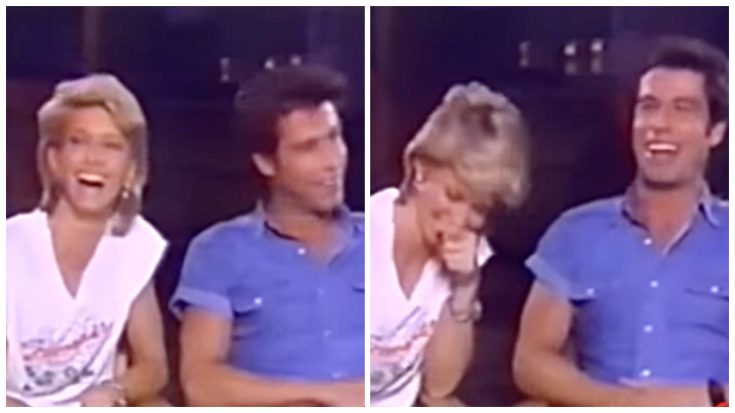 That onscreen romance was depicted by John Travolta and Olivia Newton-John who portrayed an unlikely pair of high school lovers. Travolta, who played greaser Danny Zuko, was riding high on the success of tv sitcom “Welcome Back, Kotter” and box office hits Carrie and Saturday Night Fever when Grease was released. Newton-John was 28 when she played the role of high school senior Sandy Olsson, and had already built an impressive resume with four Grammy award wins, a CMA Female Vocalist of the Year trophy, and numerous chart-topping hits.

Grease became that year’s biggest box office hit and became the highest grossing music at that time, surpassing a record held for 13 years by The Sound of Music.

One of the greatest gifts John Travolta and Olivia Newton-John gave fans outside of Grease, was the friendship they shared. In the years since the film’s release, the pair have been vocal about the respect and affection they feel for each other.

“[In tough times] John always reaches out to me,” Olivia told PEOPLE at Grease‘s 40th anniversary. John added, “When you share that kind of meteoric success — and nothing has been able to exceed it — you share a bond. I’ve been through her having a child, getting divorced, losing her sister. She’s been through my getting married, having children. It’s wonderful and full of shared memories.”

Travolta also said of the singer, “Olivia’s quite a ­spectacular human being. She’s worthy of good friendship.”

One only has to watch videos of Olivia Newton-John and John Travolta together to see how much they enjoyed each other’s company. An example of this can be seen in a clip posted to YouTube that shows the pair during an interview promoting Grease in which they can’t stop laughing.

Travolta and Newton-John kicked off the interview in a serious mood, but it didn’t last long as a misspeak by Travolta led to a laughing fit between the two.

“The thing about Grease is that each year there’s a new audience for it. So the 3-year-olds that weren’t born when it came out are now 6…” John said as Olivia started laughing and said, “You realize they weren’t born.”

“Scratch that,” Travolta said as he laughed before joking that he’s “the dumbest actor.” The two get even more tickled as they banter back and forth about their intelligence. It’s an interview moment that we could watch, and laugh with, over and over again.

Watch John Travolta and Olivia Newton-John fight a case of the giggles in the video below.