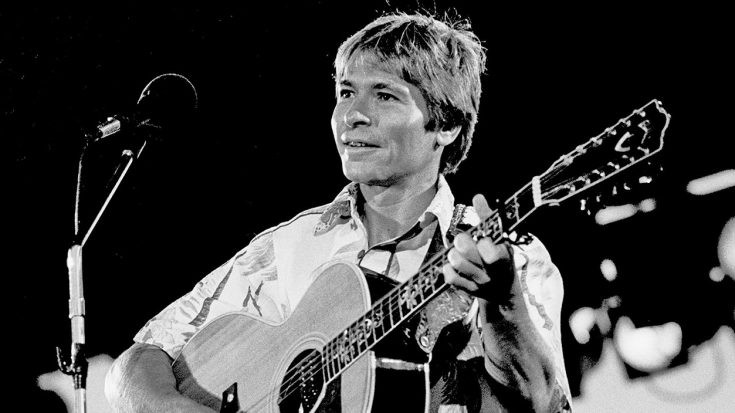 While studying architecture at Texas Tech University, Denver joined a folk-music group called “The Alpine Trio”. He eventually dropped out of college to move to Los Angeles and started performing in folk clubs. In Los Angeles, he joined the folk group “Denver, Boise, and Johnson.”

In 1969, Denver went solo and never looked back! He released an album with RCA Records. His next album, which was released in 1971, was a breakthrough for him in the United States, thanks to “Take Me Home, Country Roads.”

After the album release, Denver had a string of four number one hits in a row. He is known onstage for his long, blonde hair, embroidered shirts, and his old-fashioned glasses. He had an extremely successful 30+ year career and recorded 300 songs, 200 of which he wrote. He was also a known humanitarian and activist and cofounded The Hunger Project.

Denver passed away in an accidental plane crash on October 12, 1997 in Monterey Bay, California and he is missed greatly. Movies, music anthologies, and DVD’s of unreleased concert recordings have been released posthumously. Denver was also inducted into the Colorado Music Hall of Fame in 2011.

On October 5, 1997, Denver gave a concert at the Selena Auditorium in Corpus Christi, Texas. No one was allowed to record longer than 20 seconds, but one former radio station employee was able to film almost two full songs.

He filmed the first two songs of the concert, which were “Boy From The Country” and “Amazon.” He was kicked out halfway through “Amazon.”

Denver died in a plane crash a week later, with this Chorpus Christi performance being his last one.