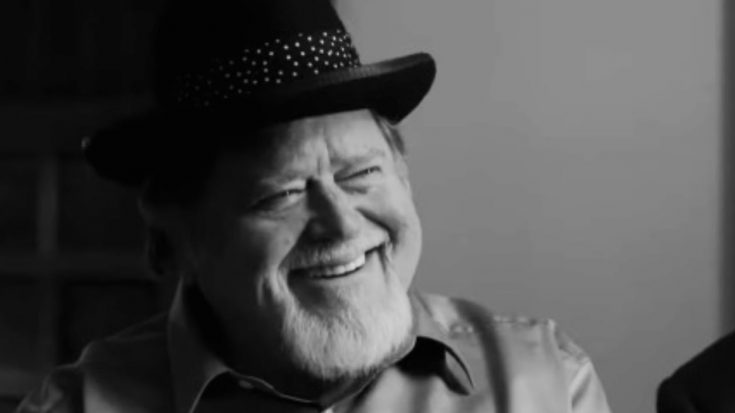 The country music community is mourning the death of one of its greatest songwriters.

Dallas Frazier was born on October 27, 1939, in Spiro, Oklahoma, but he was raised in Bakersfield, California. According to the Country Music Hall of Fame and Museum, Frazier wrote his first songs when he was only 11 years old.

Frazier wrote many songs after that. His first #1 hit as a songwriter was a pop tune titled “Alley Oop,” which was recorded by the Hollywood Argyles.

He then made the move to Nashville in 1963, and penned many now-iconic country songs. Some of these songs included Charlie Rich‘s “Mohair Sam,” Tanya Tucker‘s “What’s Your Mama’s Name,” and George Jones‘ “Beneath Still Waters.” Emmylou Harris covered the latter song 12 years after Jones, and her version was a #1 hit.

Frazier also wrote many songs for Charley Pride, including his Grammy-nominated track “All I Have to Offer You (Is Me).”

But Frazier was perhaps most well-known for writing the Oak Ridge Boys‘ signature song, “Elvira.”

Frazier previously wrote a song for the Oak Ridge Boys called “The Baptism Of Jesse Taylor.” The group was still a gospel group at the time, and they won a Best Gospel Performance Grammy for their recording of the song.

Then came “Elvira.” Frazier actually recorded the song first, and released it on his 1966 album of the same title. The Oak Ridge Boys released their cover in 1981, and it became a global phenomenon. The song led them to another Grammy win, this time in the Best Country Performance by a Duo or Group with Vocal category.

So when news broke that Frazier passed away on Friday (January 14), the Oak Ridge Boys were understandably devastated. Member Duane Allen wrote a statement on the band’s official Facebook page:

“For over five decades, songs written by Dallas Frazier have affected The Oak Ridge Boys’ career like no other writer’s…The Oak Ridge Boys and our families, along with millions of fans and friends who love his music, join in prayer for Sharon and the Frazier family. May Dallas rest in peace in the arms of Jesus,” Allen’s statement read.

Frazier’s daughter, Melody, said in lieu of flowers his family requests that donations be made in his honor to the Nashville Rescue Mission.

Our hearts go out to Frazier’s family and friends during this sad time. He had an incredible talent, and will be dearly missed.