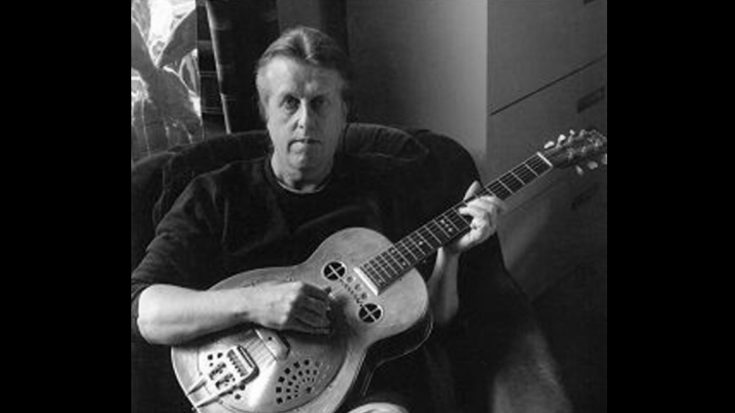 Country rock pioneer Chris Darrow has died at the age of 75. A multi-talented instrumentalist, singer and songwriter, Darrow performed and recorded with numerous groups over the course of his career, including The Nitty Gritty Dirt Band and Linda Ronstadt.

Born Christopher Lloyd Darrow in 1944 in Sioux Falls, South Dakota, he grew up the son of a jazz clarinet player in California. He began picking up instruments at an early age and eventually attended college where he studied folk and bluegrass music. Darrow’s first professional performances were with his bluegrass band the Dry Scat Band at Disneyland in 1964 and at the famous Ash Grove folk club in Hollywood.

Darrow eventually transitioned from bluegrass music to rock, playing with The Floggs and Kaleidescope in the mid-60s. But, his most well-known gig came along in 1967 when he joined the Nitty Gritty Dirt Band, recording two albums with the group: Rare Junk and Uncle Charlie & His Dog Teddy.  It was during this time that he appeared with the Nitty Gritty Dirt Band in the Clint Eastwood musical, Paint Your Wagon.

When Darrow left the band, he and fellow Nitty Gritty Dirt Band member Jeff Hanna formed a new group called The Corvettes. Linda Ronstadt, who was only 22-years-old at the time, invited The Corvettes to be her touring band.

In 1972, Darrow released a solo album…the first of ten solo albums he would release over the course of his career. Darrow composed and performed on albums for numerous artists including James Taylor, Leonard Cohen, John Stewart, Hoyt Axton, and Harry Chapin.

Our thoughts and prayers are with Chris Darrow’s family during this time.