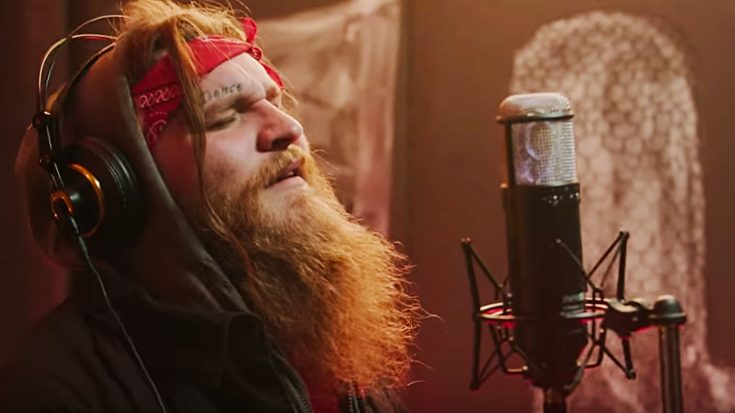 This grunge-styled YouTube star really delivers with his own country cover of a George Strait classic – and people can’t seem to get enough!

Within the last six months, Teddy Swims has uploaded more than 35 videos and grown his subscriber base to nearly 700,00. Truly, he is skyrocketing toward stardom.

In a December 11th, 2019 article by Bill Rom, he describes Teddy’s success in a few perfect sentences.

“Very different songs, created for seemingly different fan bases, by seemingly different people. Then you add Teddy and his very specific and very personal sense of style and theatrics. You quickly can see someone who is wildly talents, but so diverse a person with no real current model for success in mainstream entertainment that you can see where old cracks live in that business.”

Right now, his top two videos by view count are covers of songs from the late 1990s and early 2000s: Shania Twain’s “You’re Still The One” and Mario’s “Let Me Love You.”

Among his other country music covers are a few from Chris Stapleton, Bonnie Raitt, and now – George Strait.

His newly-uploaded take on Strait’s 1983 #1 hit “You Look So Good In Love” is featured below. Let us know what you think!