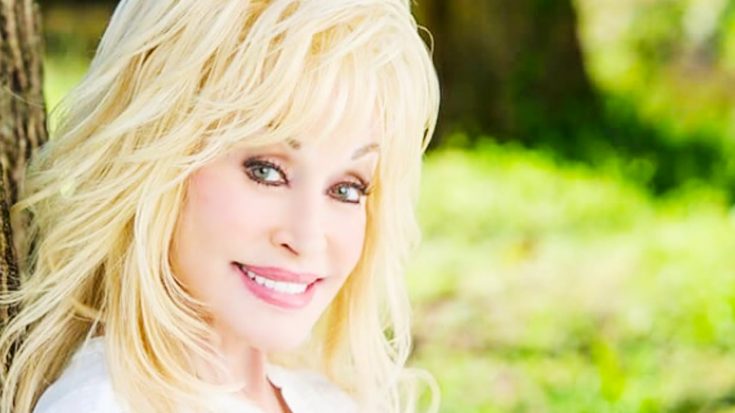 This year, Dolly Parton is celebrating a major milestone in her career…her 50th anniversary as a member of the Grand Ole Opry!

The country legend plans to celebrate with fans through a concert that will take place at the Opry on October 12. Fans quickly snatched up tickets to this once-in-a-lifetime show, and it is already sold out.

Every sequin tells a story. ? And to celebrate @dollyparton's 50th #Opry Anniversary, we're sharing hers with a limited-time exhibit — "Dolly: My Opry Memories"! See exclusive interviews, performances, outfits & photos from Dolly's storied Opry career. || ? on sale TOMORROW at 10AM CT at link in profile.

But there’s still a way that one lucky fan can watch Parton’s Opry anniversary show. This fan will even get the chance to meet her!

On Tuesday (August 20), Parton announced she’s holding a contest to find a “VIP Guest” to accompany her at her Opry anniversary show. Whoever wins the contest will be treated to a flight to Nashville and will be accommodated at the Gaylord Opryland Resort.

Upon arrival, the contest winner will be taken to the Grand Ole Opry, where they will be given a backstage tour and their own dressing room. They will then get the chance to meet Parton before she goes on stage to perform.

The VIP guest will also get to choose if they would like to watch Parton’s show from side stage or from premium seats in the crowd. And you get to bring a friend along to enjoy the whole experience with you!

I want YOU to be my VIP guest at my 50th anniversary show at the @opry! You’ll get incredible seats to my sold-out show along with flights and a hotel in Nashville ? Support MusiCares and enter now: https://t.co/DTVa8pd4jc pic.twitter.com/FqnnRIxxa7

So how do you enter the contest? It’s actually quite simple!

The contest is in support of MusiCares, an organization that “provides a safety net of critical assistance for the music community in times of need,” as Parton explains in the above video.

You enter the contest to meet Parton by making donations to MusiCares through omaze.com/dolly. Once on the website, you’ll see different entry and donation options to choose from. The more money you donate, the more entries you get in the contest, and thus, the more chances to meet Parton!

Enter the contest and make your donation to MusiCares by visiting the link here.

This is so sweet of Parton to do! Not only is she giving a fan the chance to meet her, but she’s doing something to help out her fellow artists if they ever find themselves in a time of need.

Whoever ends up winning the contest can consider themselves lucky. Parton always puts on an amazing show at the Opry, and the contest winner will have the best seats in the house for her anniversary show!