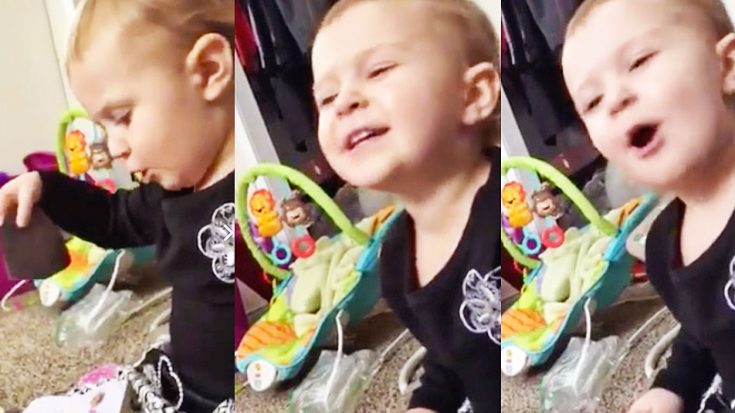 More “Jolene” Covers Than You Could Count

Dolly Parton once told NPR that out of all of her songs, “Jolene” is the one that has been covered the most. Over 30 artists of all genres and nationalities have recorded Dolly’s classic tale about the beautiful, auburn-haired Jolene.

Those numbers don’t even count the people who have simply covered it during a performance!

As to be expected, most covers of “Jolene” are incredibly successful. One cover that made its rounds online has to be the cutest one to date.

What makes this cover so special? For starters, it was performed by an adorable toddler. Secondly, she had no idea she was being recorded!

Little Sophia became an internet sensation after her mother, Brooke Heiler Kingsley, snuck up on her singing “Jolene.”After she heard Sophia singing Dolly’s iconic hit, Brooke decided to secretly film her and later shared the video on her Facebook page.

So imagine Brooke’s surprise when the video ended up being viewed by millions!

Despite being so young, Sophia seems to know “Jolene” quite well. Or at least, she knows the chorus! That’s the part that she kept singing over and over again, offering her own adorable take on the lyrics like only a toddler could.

Instead of saying “Jolene,” it actually sounds like Sophia was singing “Darlene.” But the one part that came out crystal clear was Sophia’s pleas of “please don’t take my man.”

Engrossed in playing with her paper dolls, Sophia was completely unaware that Brooke was in the room until she walked up right next to her.

Once she realized she had an audience, Sophia put even more effort into her little performance. That’s when she started belting out Jolene’s (or Darlene’s) name at the top of her lungs. The look on her face as she did so was priceless!

We don’t know how Brooke managed to keep quiet as she snuck up on Sophia. If we had been there, we would have been giggling like crazy listening to her sing!

If you need a reason to smile today, this video will give you one. Sophia’s take on “Jolene” is too cute for words, so it’s guaranteed to have you grinning in no time.

Who knows, one day Sophia may grow up to be a big country music star just like Dolly!