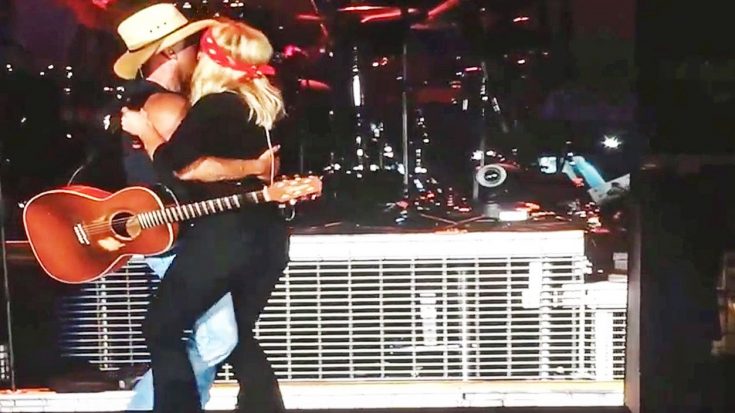 During a Texas show on their new tour, this pair gave country fans a heart-warming flashback.

Concert-goers filled the AT&T Stadium in Arlington, Texas to catch some great tunes and an up-close glimpse at some of their favorite country artists during Kenny Chesney and Miranda Lambert’s “Spread The Love Tour”.

To the fans complete surprise (and delight) Chesney decided to pluck out a killer rendition of a George Strait classic and have his lovely touring partner join him on stage for a special moment they shared with the crowd.

Singing “The Fireman”, Chesney dazzled the crowd with a reminder of yesteryear and looked over at Lambert with an expression that said, “Let’s dance”!

And with that, the two took off on a twirling dance around the stage that ended with Chesney finishing the song at the microphone and Lambert showing off some of her tried-and-true Texas two-step moves!

Watch this incredible moment between these close friends in the video below!