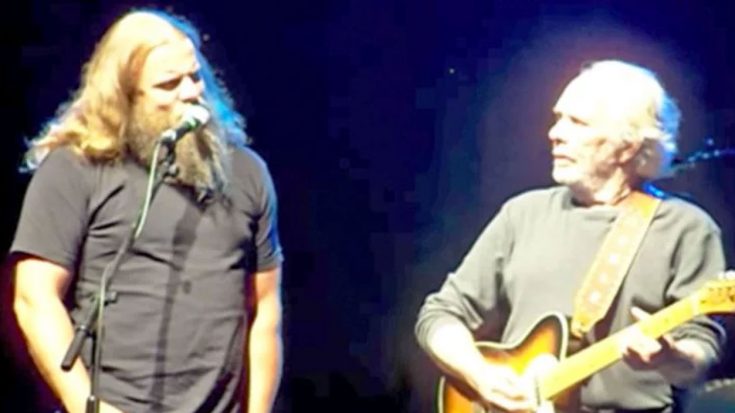 If this performance does anything, it proves that real country music is not dead – it’s just hard to find.

Country singer Jamey Johnson was in attendance at the Merle Haggard and Kris Kristofferson concert at the Ohio State Fair in 2012 when The Hag did something no one expected. He invited Johnson to the stage to sing the song “Long Black Veil” with them.

Dropped in on Merle tonight in Lewiston, Idaho

“Long Black Veil” was originally performed by country legend Lefty Frizzell in the late 1950s, but was covered many times by singers from all genres. Prominent versions include covers from Bill Monroe, Johnny Cash, Don Williams, Stoney LaRue, Rosanne Cash, Gregg Allman and the All-Star Band, and even Bob Dylan.

Haggard and Johnson were very good friends and performed together on several occasions.

Come out and see Jamey Johnson and I at the Georgia theatre at masquerade park in Atlanta GA!