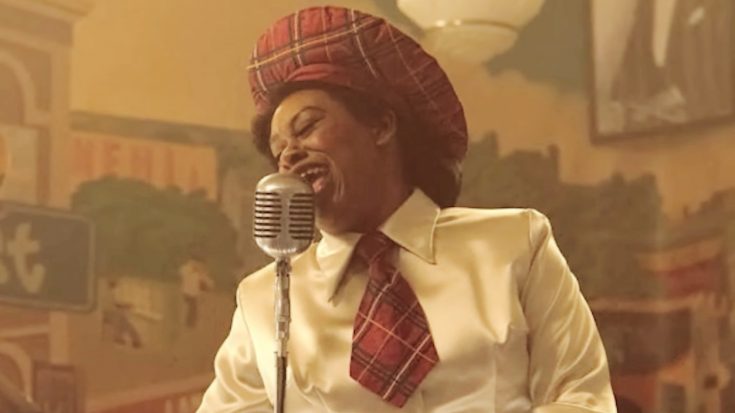 On July 21, the Metro Nashville Police Department reported that blues singer and actress Shonka Dukureh was found dead at the age of 44.

According to the MNPD, the actress was found unresponsive in her bedroom by one of her two children. The child, whose age hasn’t been given, went to a neighbor’s apartment for help after finding Dukureh and the neighbor called 911. In the announcement of her death, police said “no foul play is evident.”

BREAKING: No foul play is evident in today's death of actress Shonka Dukureh, 44, who portrayed Big Mama Thornton in this year's Elvis movie. Dukureh, a Fisk Univ graduate, was found dead in the bedroom of her Kothe Way apt that she shared with her 2 young children.

Dukareh has been on the music scene for a while, but she had just acted in her first major film role. She played Big Mama Thornton in the Baz Luhrmann directed film Elvis.

When news of Dukareh’s passing was reported, Luhrmann posted a lengthy tribute to the talented woman he grew so fondly of throughout filming and recording the soundtrack of Elvis.

“A special light went out today and all of the Elvis movie family are heartbroken by the loss of Shonka Dukureh. From the moment she came into our world, Shonka brought joy, spirit and of course her voice and her music. Whenever she was on set, on stage or even just in the room, everyone always felt uplifted,” she wrote.

Now, just over a month after her death, a rep for the medical examiner’s office told The Los Angeles Times that the singer-actress died from “hypertensive and atherosclerotic cardiovascular disease.”

Her death is being classified as “natural.”

Dukareh has two young children, who we will be keeping in our prayers.