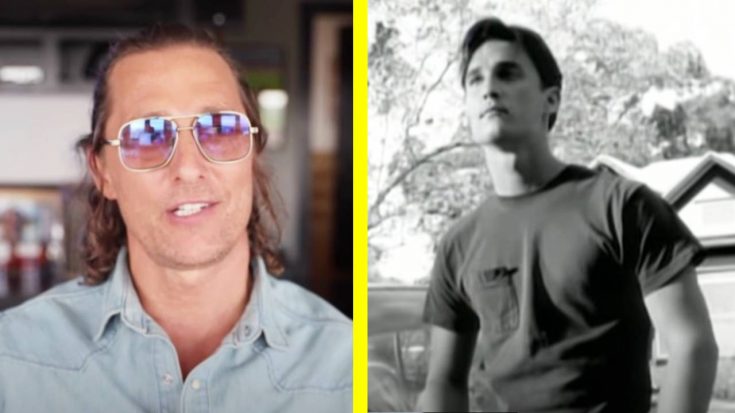 On her March 18th show, Kelly Clarkson paid tribute to her longtime friend and musical hero, Trisha Yearwood, and performed “Walkaway Joe” for her “Kellyoke” segment.

After her performance, she revealed that the song was a request from an audience member named Matthew …Matthew McConaughey!

He had a good reason to request the 1992 song, though. He starred in the music video before he was famous!

He’s never really spoken about how he was cast in the role – until now!

“Well, ‘Walkaway Joe,’ I think it was early 1992, I’m going to college here at the University of Texas — this was before ‘Dazed and Confused’ — and I was trying to get odd jobs in front of the camera when I could and I got cast in that music video to play Joe,” he told the talk show host.

Then, he admitted that “Walkaway Joe” was his first time in front of a camera. The next year, he was cast in Dazed And Confused and was catapulted into superstardom.

Dazed and confused, I bought it by accident when I was 16 and loved it ever since pic.twitter.com/B8THJiBNud

In an interview with People in 2014, Yearwood said, “He was cast from local talent in Austin, Texas, where the footage was shot. The performance with Don Henley was shot in Nashville, so I never met Matthew.“

Watch the actor open up about his appearance in the music video below.