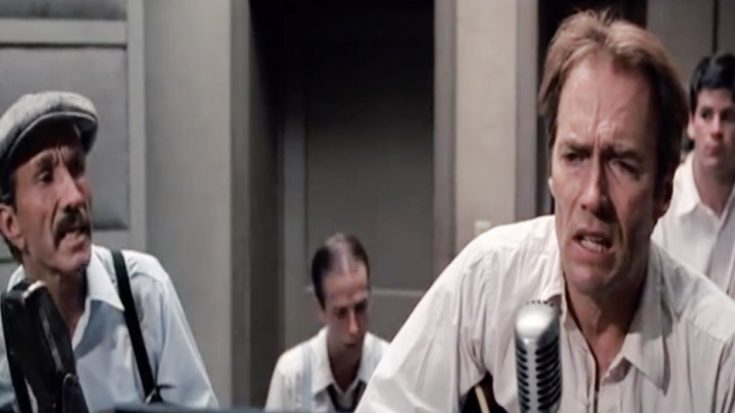 Before we lost Marty Robbins in December 1982 after suffering his third serious heart attack, he lived quite a full life. He was not only a legendary country singer – having been just inducted into the Country Music Hall of Fame two months before he died – but he was also an avid race car fan (and sometimes driver), and an actor.

While you can count his acting credits on one hand, he was showing a lot of promise before his life was cut short at the age of 57. His most memorable role was probably playing Smoky in the Clint Eastwood film Honkytonk Man in 1982.

Eastwood produced, directed, and starred in the film as Red Stovall, a country music singer who suffers from tuberculosis. Red had dreams of making it big at the Grand Ole Opry in the Great Depression era and traveled cross-country with his nephew Whit (played by Eastwood’s young son Kyle), to Nashville to make his dreams come true.

Red’s audition for the Opry was ruined by a bad coughing spell, something extremely common in tuberculosis patients, but he sang enough to impress a record company who invited him for a recording session.

During that session, Red is forced to step away in the middle of singing the titular song because his illness has become too much to handle. Smoky is there to step in for Red, who could sense something was wrong even earlier in the song. Smoky completed the rest of the song, allowing Robbins’ incredible talent shine.

Honkytonk Man was released on December 15, 1982 – just seven days after Robbins passed away, making the film his final appearance before his passing. Knowing this information, this scene is so much more special.