Martina McBride Interviewed On Today’s Country Music: “I Don’t Listen To It” 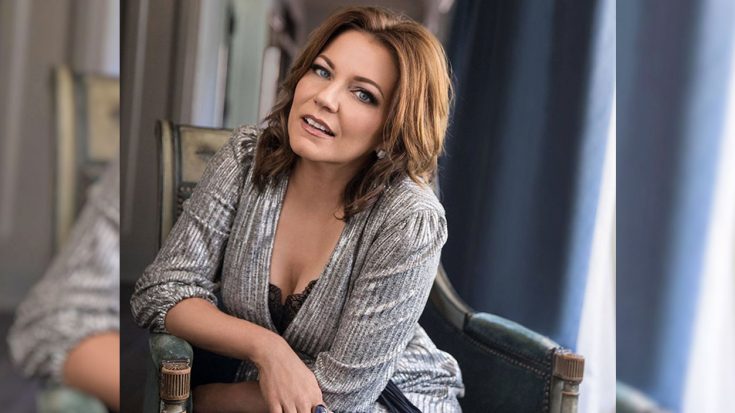 Martina McBride recently made an appearance on the podcast Shady Ladies of Music City, hosted by music execs Susan Nadler and Evelyn Shriver to discuss the lack of airplay of women in country music.

McBride pointed out that after her first breakthrough hit with “My Baby Loves Me,” 28 years ago, it seems some things still haven’t changed for female country artists.

When asked her opinion of why the country music landscape is the way it is, McBride points to radio stations not playing what they want anymore but rather whatever they’re assigned.

“There’s some sort of weird thing that’s happened. I don’t know how or why or when, but somewhere along the line…think about how radio stations have been consolidated,” she said. “People used to be able to decide…you had a program director and a music director, and they decided what they played on their radio station which is another reason why we had to work so hard, because they had a lot of influence. So you went to the lunches and you did the free shows, and the liners and you did all the stuff that curried favor because they could decide what they played. Now, it’s so consolidated that everybody gets the same playlist, pretty much. There’s no individuality, so it’s like what’s going to work? They are kind of judging what they think people want to hear, and it’s so skewed to me.”

With this new shift in how radio stations decide what to play, McBride pointed out that the majority of what’s on the radio doesn’t relate to her life or experiences the way that radio music used to.

“As a country music fan, it’s not what I want to hear. What I want to hear is a song about my life,” she continued. “I want to hear a song that I can relate to. Without a lot of women’s point of view on radio, it’s not there for me anymore. No offense to the guy artists, I’m just saying I can’t find what I need there, so I don’t listen to it, to be honest.”

She continued by adding the fact that there are many classic hits by male artists that wouldn’t play on the radio today simply because of the “bro country” music that has taken over the industry.

“They wouldn’t play ‘He Stopped Loving Her Today’ either, so maybe it’s just about content, really…When I was making music like ‘Independence Day,’ ‘Blessed,’ all those songs, they kind of could fit side by side sonically and thematically in the landscape of radio with men. You had me, and Garth Brooks, or you had Rascal Flatts—it was like the music co-existed in such a nice way, it was easier for us females to fit into the soundscape. Now, it’s like who’s going to record a song as a female that fits in between all of this ‘bro country’ and doesn’t make you go, ‘What’s happening?’ and doesn’t interrupt the flow?”

For the rest of the segment, McBride went on to talk about balancing her music, family, and even her recipes.

Listen to the full episode below to hear more!