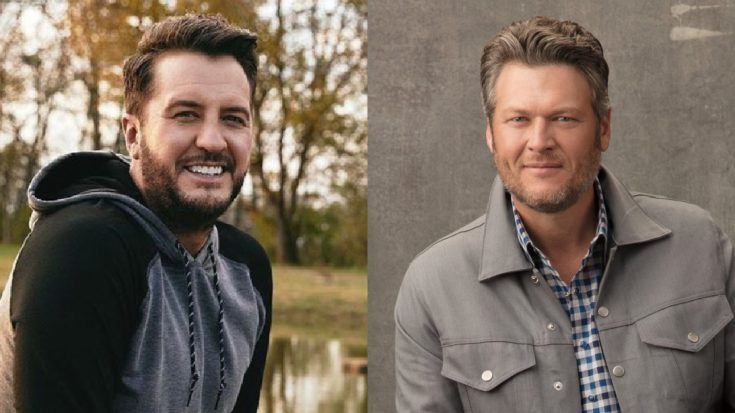 The years-long feud between Luke Bryan and Blake Shelton is as healthy as ever with Bryan throwing the latest verbal punch at his fellow country singer.

It’s unclear exactly when the good-natured feud between two of country music’s biggest stars started, but Luke says that Blake was the first to insult him, kicking off a hilarious slinging of insults between the two that has lasted several years.

In his latest jab, the American Idol judge said he’s a better farmer than Blake Shelton.

“He’s pretend farming,” Bryan said of Shelton to talk show host Ty Bentli, per PEOPLE. “I mean, he’s just putting out like wild grasses — stuff that literally will grow on Mars. I’m actually planting stuff that human beings can enjoy. I’m not feeding a bunch of rabbits and moles and stuff. Blake’s farming earthworms and stuff.”

Bryan, who grew up on a peanut farm in Georgia, went back to his farming roots during the pandemic and planted four acres of sweet corn. He reminisced about his early farming days with Bentli, saying:

“It was literally 15-hour days, breathing dust. It’s crazy because at the time, I mean, I’m 24, 25 years old, and I remember physically feeling like I had been in a gang fight, played a football game. That’s how hard we were working. It was 24/7 and just working constantly during peanut season,” he recalls.

“I was still gigging. I was still playing concerts Fridays and Saturday nights. I’d be in the damn peanut mill on a Thursday, and God, I’d have to go drive through the night and sing college shows with peanut dust all in my lungs. It was a wonder. I probably sounded pretty awful back then!”

With nothing else to do while touring was shut down during the pandemic, Luke couldn’t help but bring out his inner farmer.

“I was so bored and didn’t have anything to do. I went and bought a planter, I bought a garden tractor, I bought a harrow disc. And I just went to town on this one field and planted like five acres of sweet corn,” he says.

“I call my dad, and I’m like, ‘Daddy, we’re planting corn.’ He goes, ‘Ain’t that something? You moved to Nashville to get away from this, and now 15, 18 years later, you’re back to planting corn.'”

The full episode of The Ty Bentli Show will be available on Friday at 8 a.m. ET on Apple Music Country.