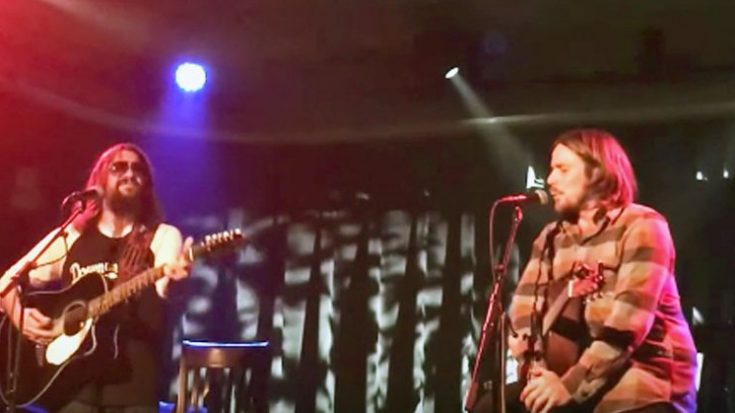 While the great Waylon Jennings may no longer be with us, fans can find solace in the country legend’s insanely talented son left in his wake, Shooter Jennings.

Teaming up with the son of his father’s longtime duet partner, Willie Nelson, Shooter and Lukas Nelson performed Waylon’s iconic “Good Hearted Woman” at a show in San Francisco, California back in February of 2016.

Doing their dads proud. Shooter Jennings and Lukas Nelson at the Belly Up in Solana Beach last night. #livemusic pic.twitter.com/tKzpBegaix

The sons of the legendary singers did justice to the song their fathers co-wrote by keeping their rendition true to the original. After recording their fathers’ “Mammas Don’t Let Your Babies Grow Up To Be Cowboys” for Netflix series The Ranch, Lukas asked Shooter if he would like to go on tour with him, and the rest, as they say, is history.

“Good Hearted Woman” was co-written by Waylon and Willie in 1969 during their stay in Fort Worth, Texas. While the song was originally recorded by Waylon for his 1972 album with the same name, a few years later in 1975 the country singer remixed the song to add on Willie’s vocals.

You can listen to Lukas and Shooter’s duet of “Good Hearted Woman” below.