Loretta Lynn Remembers Conway Twitty On Anniversary Of His Death: “I Miss My Friend” 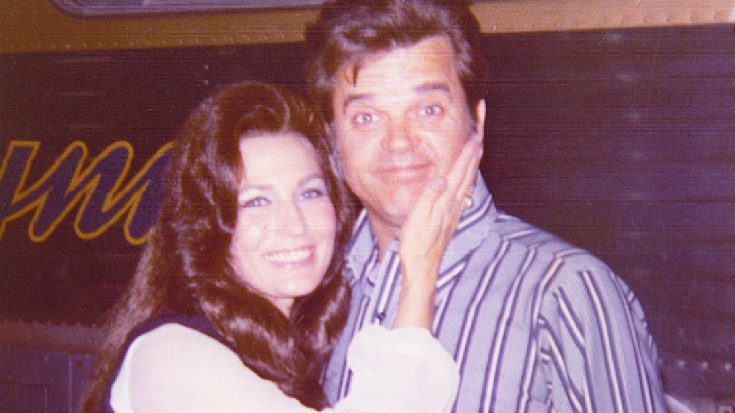 Conway Twitty, the man with one of the purest and most recognizable voices in country music, died 28 years ago. His longtime friend and duet partner Loretta Lynn honors his memory every year, and this year was no exception.

In a post made to social media on June 5, the anniversary of Twitty’s death, Loretta Lynn shared a series a photos and a heartfelt message that read, “He was a brother to me. One of my best friends. We laughed a lot and we looked out for each other. He’s one of the most under appreciated singers to ever make it in the music business. His voice amazed me every time. I loved singin with him. I miss my friend. What a terrible day that was when we lost him. Doo and I were heartbroken. What a lucky gal I am to have been his friend! I miss you, Conway!”

On June 4, 1993, Twitty collapsed on his bus in Springfield, Missouri, following a performance in nearby Branson. He was taken to the hospital where he died the following day after suffering a ruptured blood vessel in his stomach at the age of 59.

Although Conway Twitty had great success as a soloist with hits such as “Hello, Darlin’,” but some of his biggest achievements came alongside Loretta Lynn. Together the pair achieved four Academy of Country Music Top Vocal Duo awards, four Country Music Association Vocal Duo of the Year awards, and a Grammy Award for Best Country Performance by a Duo or Group with Vocals for “After the Fire Is Gone.”

Conway and Loretta had an undeniable chemistry on stage and many thought that they were more than friends. But, Loretta set the record straight in her documentary Loretta Lynn: Still A Mountain Girl that aired on PBS.

“Everybody thought me and Conway had a thing going, and that’s the furthest from the truth. I loved Conway, as a friend, and my husband loved him. Conway was really the only one in the music business that Doo gave a dag-gone for.“

Hear Loretta Lynn reminisce about Conway Twitty in the clip below.