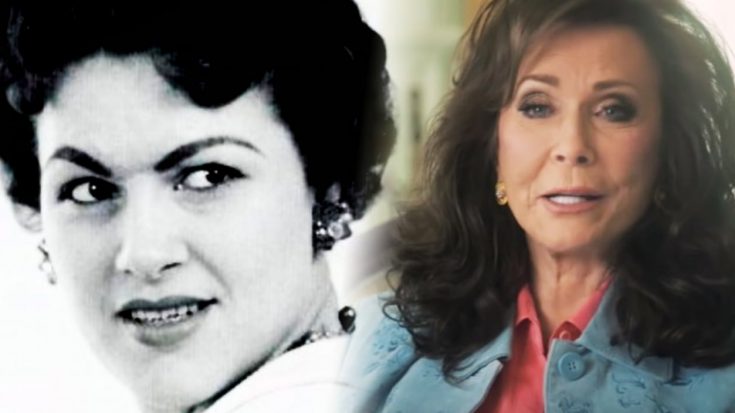 Patsy Cline was only 30 years old at the time of her tragic passing. She left behind a husband, two kids, and thousands of fans and friends who loved her.

One person who was especially heartbroken over Cline’s death was her best friend, Loretta Lynn. Cline had taken Lynn under her wing and helped guide her during the early years of her career, and for that, Lynn was extremely grateful.

The two were so close, that Cline would even give Lynn her old clothes to wear. Lynn once happily recalled how she wore a hand-me-down pair of panties that Cline gave her, and she wore them for years.

After Cline died, Lynn went on to honor her in more ways than one. She made sure she had a prominent role in her biopic, Coal Miner’s Daughter, she released a cover album of her songs, and she even named one of her twin daughters after her.

Now, 57 years after Cline’s passing, Lynn still misses her as much as ever. This is something she proved when she wrote a short note to honor Cline on September 8, which would have been her 87th birthday.

Lynn shared an old photo of Cline to mark the occasion, and wrote a simple, but sweet note in remembrance of her. Calling her “the best friend a girl could have,” Lynn went on to write, “I would’ve done anything for her. I still miss her. Happy birthday, Patsy.”

She was the best friend a girl could have. She took me under her wing when I came to Nashville. I would've done anything for her. I still miss her. Happy birthday, Patsy.

We can understand if you teared up while reading that. It’s clear how much Lynn still misses her dear friend, even after all this time.

You can learn more about the remarkable friendship that Cline and Lynn shared by tuning in to the video below.

Thanks to people like Lynn, no one will ever forget about Cline and her music. Her legacy lives on…