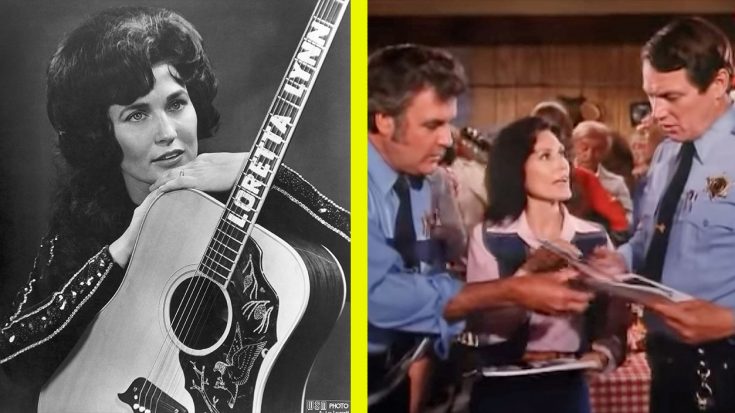 Of course Loretta Lynn is known for her roll in country music, but she also branched out into acting and guest starred on a couple very popular shows. In the peak of her career, Lynn made guest appearances on both The Dukes of Hazzard and Fantasy Island.

In 1982 Lynn appeared on the show Fantasy Island during the segment, “Thank God, I’m a Country Girl.” For that particular episode, Lynn played a waitress who gave up her daughter in exchange for being a country singer. After seeing what her wish really brought, Lynn’s character’s wish is to reunite with her daughter again.

The Dukes of Hazzard series aired from 1979 to 1985. In 1980, two years prior to her appearance on Fantasy Island,  Lynn appeared on the show playing herself. On the way to perform at a local fair, she somehow gets redirected to Hazzard County. While she’s there, Lynn gets kidnapped when visiting the local bar. Lucky for her, the Duke boys miraculously come to her rescue.

At the end of the episode, Lynn performs her song, “Y’all Come” with the entire cast.

Watch Lynn’s perfomance on The Dukes of Hazzard below.