Loretta Lynn Gets COVID Vaccination: “I’m Sure Glad To Get It” 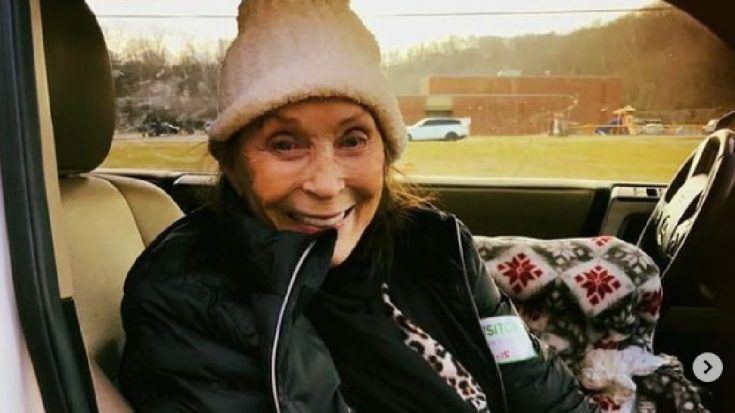 88-year-old country legend Loretta Lynn is proud to be a recipient of the COVID vaccine. The Coal Miner’s Daughter shared news of her experience on social media over the weekend, saying: “Well, I bundled up and Peggy Jean and I rolled out of Hurricane Mills so I could get this vaccine. I’m sure glad to get it and am sure ready to put Covid in the rear view mirror! And I enjoyed the mom daughter time, too!”

Lynn is gearing up to release a new album on March 19. The much-anticipated new project will feature remakes of some of her biggest hits as well as some new songs as well as collaborations with some of country music’s biggest names, including Carrie Underwood, Reba McEntire, Margo Price and Tanya Tucker.

Both Underwood and McEntire join Lynn for the album’s title track, a new song co-written by the artist’s daughter Patsy Lynn Russell, called “Still Woman Enough,” a reference to one of Lynn’s most recognizable songs “You Ain’t Woman Enough.”

“I am just so thankful to have some of my friends join me on my new album. We girl singers gotta stick together,” Lynn said of the album. “It’s amazing how much has happened in the fifty years since ‘Coal Miner’s Daughter’ first came out and I’m extremely grateful to be given a part to play in the history of American music.”

“Still Woman Enough” is being credited as Loretta Lynn’s 50th solo studio album and will include a spoken recitation of her signature song, “Coal Miner’s Daughter.” The full video for the recitation was released earlier this year. Watch it below.