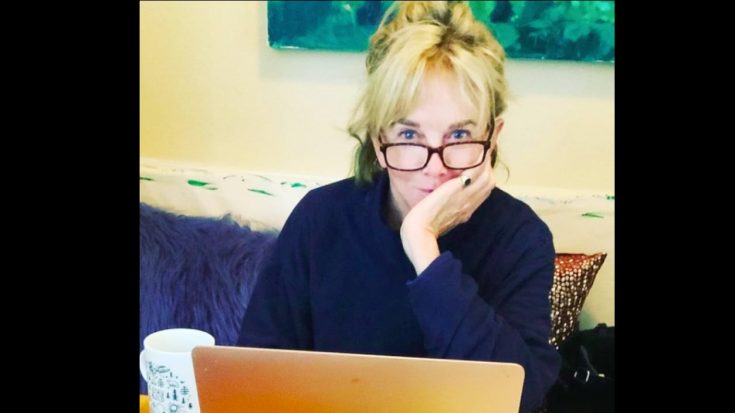 On April 28, Happy Days star Linda Purl shared a video on social media to let her fans know she was recovering from a recent knee surgery. She joked that her knee is now “bionic” following the operation.

Linda was accompanied in the hospital by Dallas actor Patrick Duffy, who she’s been dating for the past year. When she asked him what he did that day, he came back with a hilarious response.

“Oh nothing sweetie,” he said. “I just brought you here and got you all drugged up, let a man look at you naked, cut open your leg, and I went out and had a hamburger. How was your day?”

Linda feigned surprise and shock every time Patrick said something new. They’re so funny together!

On a slightly more serious note, Patrick let everyone know that Linda would be going home the next day. He said she was doing well at the time because she just had “a shot of happy sauce” a few minutes prior.

Other than sharing a video with her nursing team, Linda has remained fairly quiet about her surgery and recovery. She finally posted an update on Monday (May 3) to let her fans know how she’s doing.

The picture shows Linda in front of her laptop with a mug by her side. Surrounded by pillows, Linda had her hair styled in a messy updo and offered a soft smile to the camera.

Linda kept the caption of her post simple. All she wrote was that she is “On the mend.” She also included a party horn emoji in her post.

Even though the update was short, we’re still happy to hear that Linda is doing well following her surgery. Check out the photo she shared below!