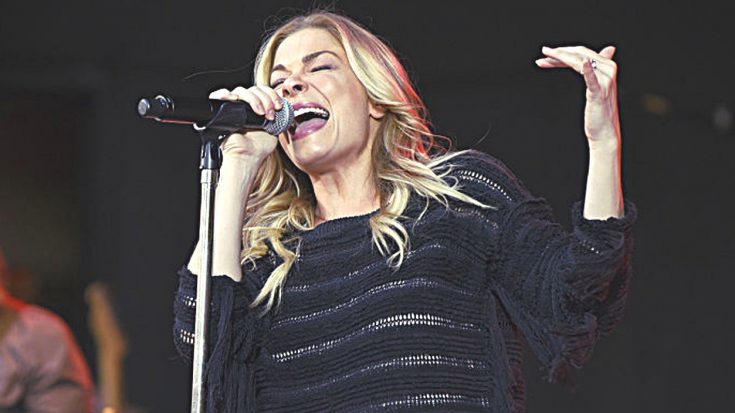 When you think of LeAnn Rimes, the first song that likely comes to mind is her debut single “Blue.” She was only 11 the first time she ever recorded the song, but the version you all know and love is the one she recorded when she was 13.

Those who listened to “Blue” were probably shocked to hear that Rimes was just a child. Her vocal performance was so mature in sound, that it was hard for anyone to believe that she was so young.

That outstanding performance led to a Grammy award win for Rimes, an a number of wins for songwriter Bill Mack. It was obvious that the nation was hooked on “Blue.”

Now, over two decades after “Blue” was released, it is still known as Rimes’ signature song. That’s saying a lot, considering the fact that she later branched out into pop and had some huge hits.

In 2018, Rimes reimagined some of her most successful songs for an EP and was happy to share them with her fans. She reinvented songs such as her emotional country-pop hit”How Do I Live” and another one of her early tunes, “One Way Ticket.”

Once Rimes started cranking out these reimagined tracks, it seemed inevitable that “Blue” would get a makeover as well. Just as expected, Rimes debuted a brand-new version of her beloved “Blue.”

In the case of her previous two reinvented songs, Rimes chose to slow them down and make them more ballad-like. But the changes she made in her reimagined version of “Blue” are perhaps the most drastic.

Rather than simply slowing the song down, Rimes dressed it up with influences from an entirely different genre than country. The genre? Jazz…

#ThrowbackThursday to that time that I met LeAnn Rimes @leannrimes before her concert. I can’t wait to hear her new album. #leannrimes #reimagined pic.twitter.com/4YIr1pgI41

The reinvented track, which was recorded live at one of Rimes’ concerts, opens with her singing a cappella for a brief moment. After that, the instrumentals kick in, led primarily by the jazzy beat of the drums.

While Rimes’ voice doesn’t sound any different on this version, it’s the new instrumentals that make it sound entirely different than the original. Seriously, you won’t even feel like you’re listening to the same song!

Now it’s time for you to see exactly what Rimes did with her new, jazzy version of “Blue.” Give it a listen below and let us know what you think of it.