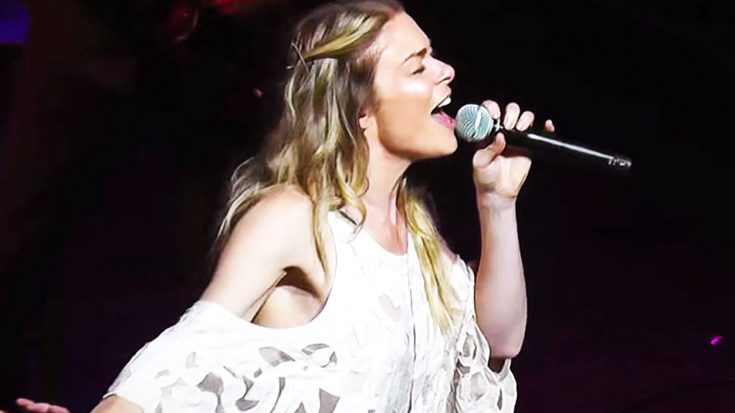 Kris Kristofferson has helped penned many notable songs over the course of his lifetime, none more so than “Me and Bobby McGee.”

Originally recorded by Roger Miller, the song obtained international fame after Janis Joplin’s rendition was released posthumously. Her recording soared to the top of the chart, and is now considered to be her signature piece.

Since “Me and Bobby McGee” has country roots, it is frequently covered by country artists.

Just a few notable names that have recorded the song include Dolly Parton, Waylon Jennings, and Chet Akins. A young LeAnn Rimes also recorded a rendition of the song in 1999 for her self-titled album.

Rimes’ album was filled with covers of classic country staples, including a few Patsy Cline songs. But the sound of her powerhouse vocals on “Me and Bobby McGee”made that track stand out from the rest.

All of these years later, and Rimes still enjoys performing “Me and Bobby McGee” on stage. She delivered a particularly impressive performance of the song during a show in California in May 2016, and one fan happened to catch it all on film.

Before she moved into singing, Rimes expressed her admiration of Joplin and her talent. “I remember watching her for the first time and going, that’s what I want to do,” she said.

We’re sure the crowd was absolutely mesmerized as Rimes started her cover of “Me and Bobby McGee.” Her love for the music showed through in every aspect of her performance, from her voice to her body language.

A performance is made a thousand times better when the audience can see a singer’s passion for a song. That’s what makes Rimes’ performance of “Me and Bobby McGee” so remarkable. She didn’t just sing it…she felt it, resulting in one show-stopping cover that the crowd thoroughly enjoyed.

You’re sure to get just as much enjoyment out of Rimes’ cover once you watch it below.We think Joplin and Kristofferson would be proud of her performance, don’t you?