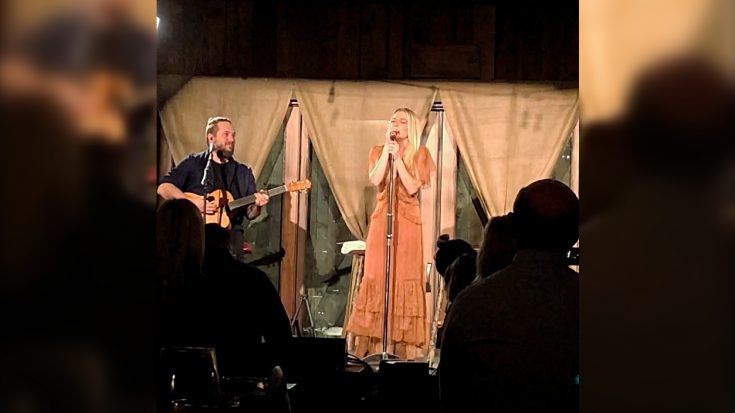 This iconic country ballad has been covered by almost every artist out there – and yet here we stumble across one magical singer who really does justice to this beloved classic.

“Tennessee Whiskey” has become a phenomenon in the 2010s after soulful singer Chris Stapleton issued his own bluesy cover of it on his debut studio album, Traveller, in 2015. Alongside many other tracks, he’d penned himself. This cover of a 1981 hit record soared across the charts.

It’s never to early for some blues. 5am coding and listening to “Tennessee Whiskey” ? pic.twitter.com/BnUV5qNZpV

Originally released by David Allan Coe, “Tennessee Whiskey” was a hit from the very beginning and garnered worldwide recognition after being released by George Jones just two years later in 1983.

For decades, the song would stay off the charts and out of mainstream media until Stapleton debuted his now-iconic rendition of this staple to any music collection.

After just a few short years, Stapleton’s rendition has become a definitive example of how older country sounds are merging with new artists. Many folks choose to sing covers of his version at shows and even people auditioning for The Voice have tapped into it!

With soaring popularity in all parts of the industry, it only makes sense that established artists are taking notice and trying their hand at this rolling, soulful, song.

Once a country queen herself, LeAnn Rimes recently issued a cover of “Tennessee Whiskey” at an event that had people screaming with joy… literally!

Rimes moved from singing some of the classics (and issuing her own with “Blue”) to being a pop-crossover artist and has experienced success in every genre she’s cut a record in.

Now, take a listen to Rimes’ unforgettable and heart-stopping version of “Tennessee Whiskey” and tell us just how much you loved it!

Singing from the depths and covering one of my favorite soulful dudes, @ChrisStapleton, at The @RockCreekRanch this past weekend #TennesseeWhiskey pic.twitter.com/o3zk2hSc8N