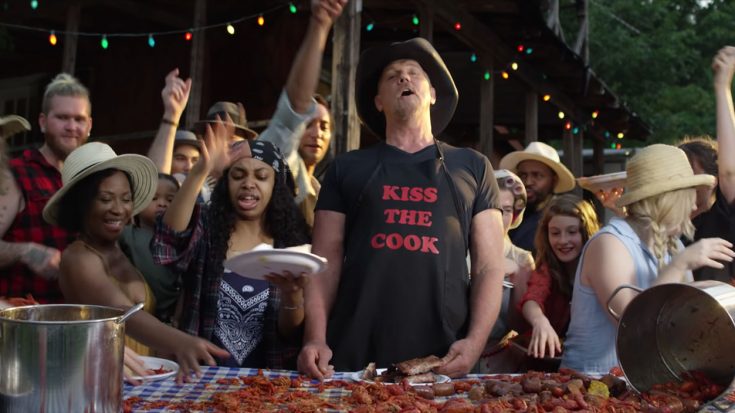 If you haven’t heard the latest music from Trace Adkins you’re going to want to if you’re in the mood for some good time music. The 6’6″ country artist released his latest EP Ain’t That Kind Of Cowboy back in October of 2020. On the album, Adkins delivered a taste of Cajun-inspired country fun with his song, “Just the Way We Do It.”

A native of Sarepta, Louisiana, he told the Tennessean:

“I’m from the northern part of the state. Cajun influence really isn’t as prevalent where I’m from. Still, when I started playing music, I was working with a band from Lafayette, Louisiana, and we’d go play festivals down there. I was exposed to a lot of that stuff. I always liked it. It kinda felt like home to me.”

The music video for the song features a Cajun-influenced party complete with a cookout, live music, and a brief run-in with the law. Buckets of crawfish are dumped out on a table, while partygoers chug moonshine, and dance.

While the song will make the listener want to get up and dance, the other songs on the EP are a little more mellow in comparison.

Adkins wrapped up the interview by briefly touching on the rest of the album:

“The remainder of (the release) … there’s a ballad and a couple of mid-tempos. It’s a little more sedate, but not unusual for anybody that’s followed my career. I love to do that stuff.”

Watch the music video for “Just the Way We Do It” below.