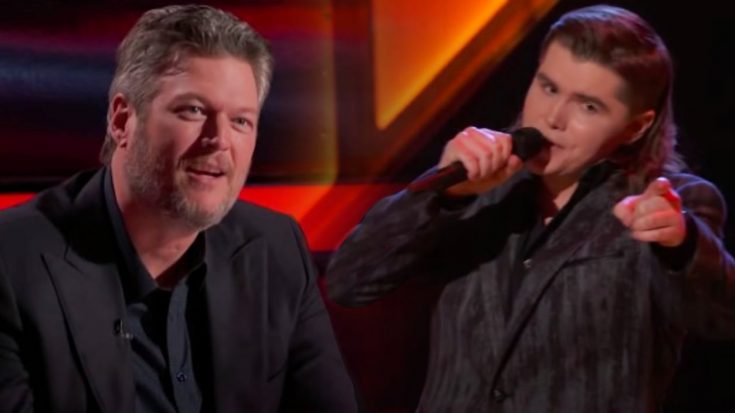 The Voice battles got about as country as they can get during Season 20!

Two Team Kelly singers, Kenzie Wheeler and JD Casper, took to the stage during the battle rounds to perform their take on an iconic country tune. They sang “Fishin’ in the Dark” by the Nitty Gritty Dirt Band, which was released in 1987.

The song reached the #1 spot on the Billboard Hot Country Songs chart and has since been certified Platinum. Today, it is considered to be a country music staple.

As soon as Wheeler and Casper kicked off their cover of “Fishin’ in the Dark,” it was clear they were ready to put on a show. The duo’s energetic performance had the coaches smiling and dancing around in their seats.

Unfortunately, the pair’s coach, Kelly Clarkson, wasn’t able to watch their battle in person. She was sick when they were filming the battles, so she had Kelsea Ballerini step in as her replacement.

It was therefore up to Ballerini, not Clarkson, to determine who the winner of the battle would be.

Ballerini was obviously a fan of Wheeler and Casper’s cover, as she appeared to be the most enthusiastic coach throughout their performance. She could be heard exclaiming “Wow!” in the middle of the song.

After the pair finished singing, host Carson Daly turned to the other coaches and prompted them to share their thoughts on the battle. Blake Shelton mentioned how he just heard “Fishin’ in the Dark” in the car on his way to set earlier that day, and was thinking about how the song has truly stood the test of time.

He offered up his highest praise to Wheeler, telling him:

“It just feels like Kenzie absolutely dumped himself into that vocal performance.“

The other coaches went on to agree with Shelton. While Casper did a stand-up job, they couldn’t deny the fact that Wheeler has something special about him.

Ballerini recognized this when she finally spoke to Wheeler, saying, “I just don’t think you know how good you are.”

From there, Ballerini named Wheeler as the winner of the battle! Now check out his and Casper’s battle performance below to see why all the coaches were such big fans of his.

This battle is pure country and we love it!