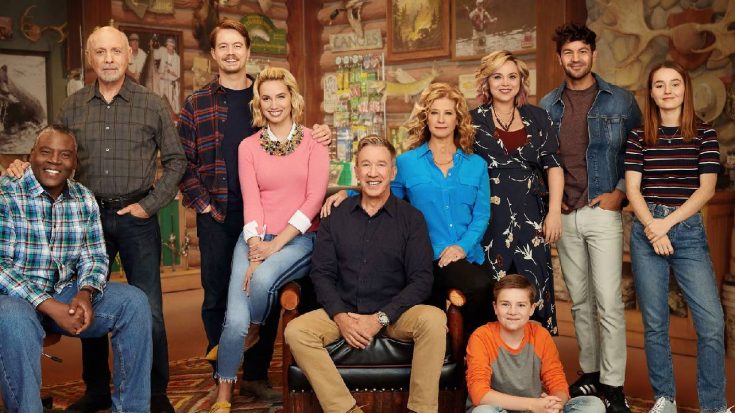 In the past few months, production on television shows and movies have slowly begun, taking extra precautions. Actors have to wear masks and other PPE gear while on set and not filming and are also tested for COVID-19 often.

One person who has been hard at work is Tim Allen. Just recently it was announced that he and his Home Improvement co-star Richard Karn would be reuniting to host a new show called Assembly Required.

Karn celebrated the beginning of the show not long ago with a photo of him and Allen, he wrote, “First day of shooting… this show is going to be amazing!!”

First day of shooting… this show is going to be amazing!!?? pic.twitter.com/7hr0VmU7YA

While fans were excited to see Allen back at work, they were also curious as to if and when the actor would return to the set of his long-running sitcom, Last Man Standing.

Pull up a chair and get comfy — you can stream Last Man Standing anytime! ?fox.tv/WatchLMS

Well, it turns out that day was Thursday (Oct. 8)! Allen tweeted his excitement over returning to set, which included a safety protocol that will now be followed – being tested for COVID-19.

“So happy to be back working with my TV family on Last Man Standing! I’m beginning to enjoy the daily nose swabs. Should that be concerning?” the legendary actor tweeted.

So happy to be back working with my TV family on #LastManStanding! Im beginning to enjoy the daily nose swabs. Should that be concerning?

Last Man Standing is known for touching on real-life issues and showcasing different political sides thanks to Allen’s Mike Baxter being an outspoken Republican, his vocal Democrat son-in-law Ryan, his black veteran neighbor and friend, and many other characters with voices and opinions of their own.

This upcoming ninth season should be interesting with all that has gone on in 2020 from coronavirus to social justice issues.

Will you be watching? We sure will be!